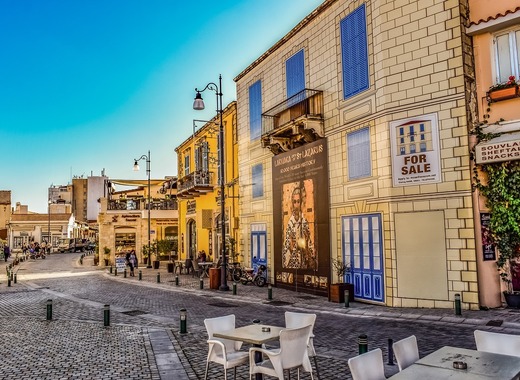 During the summer of 2019, Larnaca municipality began installing and later using underground bins at its beach areas. Municipal workers installed 64 bins spread in 16 locations that were meant to preserve the environment, reduce pollution and prevent the escape of foul odours during the hot summer months.

They were also a part of the large-scale Rethink – Reduce – Reuse – Recycle project that is aimed at helping large industries to properly separate waste.

It appears that the local authorities of the Cypriot city are happy with how the project turned out and are ready to expand it to the town proper.

The new underground bins will be located near focal points that tend to generate the most waste – such as restaurants and hotels. In just a couple of days, the municipality of Larnaca will begin operating 4 new bins, bringing their total across the city to 68.

And this might be just the start – as this expansion is being labelled as a trial phase. The use of the new bins by municipal employees will begin on 1 February, after having completed extensive training on how the new additions are to be properly handled.

If local authorities find the trial phase to have been successful, they are committed to seeking out new funding to make it more commonplace – and to expand it to other areas of Larnaca, outside of the city centre.

Andreas Vyras, mayor of Larnaca, believes that the use of these new underground bins is most certainly the way forward - “We believe this is the best way to achieve large quantities of recycling but also correct visual and odour pollution and other problems that are created,” he stated, as quoted by cyprus-mail.