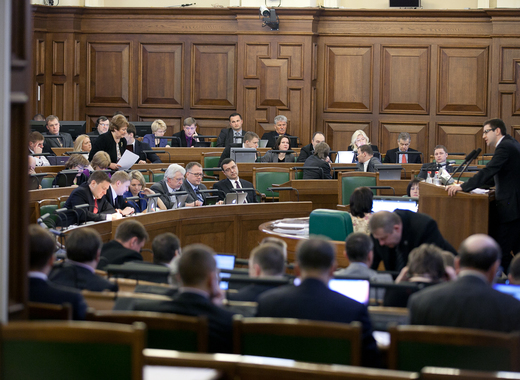 The government of Latvia has begun work on redesigning the country’s currently existing municipal law. The Ministry of Environmental Protection and Regional Development (MEPRD), the body responsible for municipal affairs, believes that the current law is far too vague, does not properly define the functions of local governments and doesn’t adequately stipulate how citizens are to be involved in municipal matters.

In general, the government believes that the current law is outdated and needs to be modernised and brought in line with the times.

The new law is from the initial drafting stages. At the current moment, government officials are busy collecting opinions from relevant stakeholders as to what the changes should encompass. Among the institutions that are aiding the MERPD in its efforts is the Latvian Association of Local and Regional Governments (LAS).

Government officials are adamant that all proposed changes will be subjected to public consultations before the real work on drafting the law begins. After the ministry is done collecting ideas and feedback, it will review the gathered data at the end of April, after which the legislative process will begin.

Even though the actual process has not actually begun, some municipalities are already raising objections that they are not being listened to. For example, the former mayor of Ventspils believes that the government is intentionally obscuring its plans for the reform and is hiding information and side-lining municipal authorities in the process.

Work on the new municipal law begins amidst rising tensions in the Latvian parliament. Parliamentarians have been clashing with local authorities in the past year over different aspects of the municipal reform package that aims to reduce the total number of municipalities in Latvia and streamline local governance.