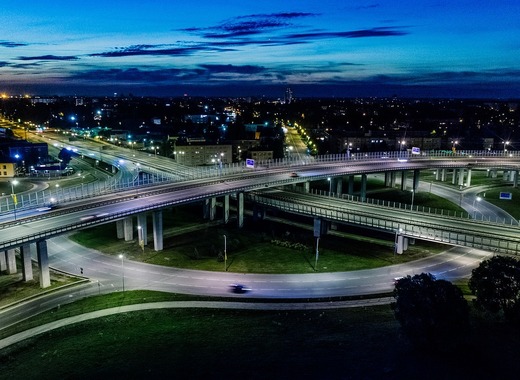 The Latvian government has pledged to improve the connectivity between the country’s major cities and urban areas by 2040. The Latvian National Road Network Development Strategy aims to create the backbone of a high-speed transportation network, linking the country like never before.

The Latvian Ministry of Transport has been working alongside interested parties and stakeholders to forge a new consensus on the long-term development vision for the country’s infrastructure. The Strategy is set to be implemented between 2020 and 2040 and will put an end to the current short-term planning initiatives.

Tālis Linkaits, the minister of transport stated that “So far, the development of Latvian roads is planned in three-year sections, taking into account the funding available for the reconstruction of roads. A well-considered vision of the future is important to plan and justify the necessary funding for road development at both national and European level.”.

The Ministry of Transport believes that by ending the current short term approach to infrastructure development, they would be able to create a true “backbone” of high-speed national roads – supplemented and adapted to the use of modern and future technologies.

One of the other pillars of the Development Strategy is the creation of state-of-the-art communications corridors that would allow for the installation of new and vital 5G infrastructure and various other kinds of transport equipment.

Currently, the biggest projects under consideration in Latvia are the rebuilding and renovation of the Riga bypass and the upgrades to the Riga bypass to Jekabpils and Tukums that would create four additional lanes to the highway.

The Latvian government is currently engaged in a further set of talks and discussion with major parties and stakeholders across the country in order to finalize the Strategy and commence its execution.