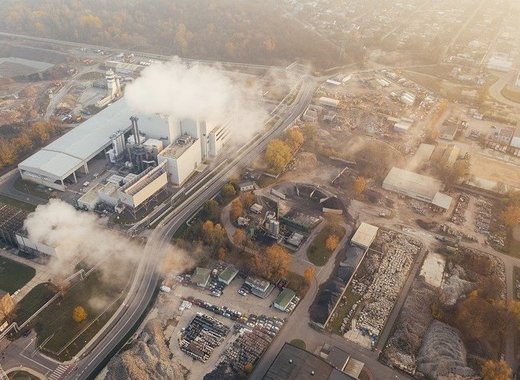 Climate change has become one of the leading issues of today. Major conferences are being organized around the globe to find new ways to deal with this problem.

The European Union has assumed a leading global role in this respect. It has created strategies and programmes, it offers incentives and support in the transformation of cities and regions in order for them to become more resilient and adaptable.

An international classification for climate action

Carbon Disclosure Project (CDP) is a non-profit organization that gathers huge amount of data on climate change from different cities around the globe. Recently, it presented its Cities A List for 2019. It includes 105 cities from all the continents. Most of the A-list cities, however, come from Europe and North America.

According to CDP, the cities that make it to the A-list take serious action to cut their emissions of greenhouse gases, they create strategies and implement projects to cope with different climate-related vulnerabilities, take steps to adaptation and resilience.

The EU countries proved some of the best – cities in France, Portugal, Spain, the UK, Germany, Sweden, the Netherlands, Bulgaria, Greece, etc. have made it to the list.

One of the good examples is the region of Greater Manchester in the UK. It has set an ambitious goal to become carbon neutral until 2038. Being an arena of industrialisation with a power supply generated mainly from coal, it works hard towards renewable energy transformation.

Manchester has set a 5-year environmental plan that includes energy and transport sector, the main air polluters. The investment plan includes hundreds of millions of pounds in network expansion and infrastructure improvement.

Another interesting example comes from Venice, Italy. The city has always been subject to the caprices of nature – high tides, severe storms, floods, etc. With the changing climate, the problem becomes even more serious and urgent. There is a High Tides Centre that provides alerts and information regarding the tides.

Currently, a project called MOSE is underway (expected completion is 2022). It represents a row of mobile gates that will be closed in case of high tides. This way, the high seawater will not be allowed to flow into the city. However, it is only the first of several steps and a lot of funding needed to keep the city “above water”.

The importance of such a list or classification is immeasurable. It provides information, good practices and examples of how the future of cities and regions from different parts of the world can be adapted to the challenges they may face.