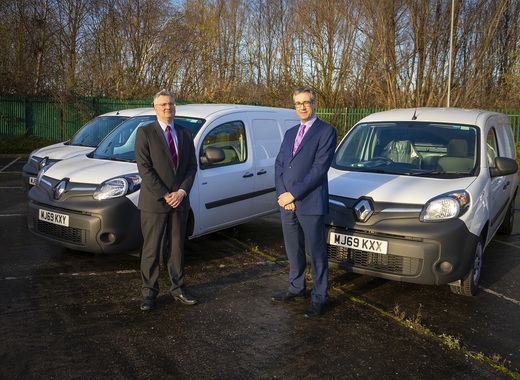 Leeds City Council, in cooperation with Highways England, has launched a new initiative aimed at promoting the use of electric vehicles throughout the region. The project aims to deliver access to all manner of electric vehicles to organisations and businesses in West Yorkshire free of charge for a period of up to two months.

The EV Trials scheme has as its primary goal the tackling of air pollution and protection of the health of citizens of the entire region by reducing carbon emissions through the adoption of new alternative modes of transport – namely electric vehicles.

Providing opportunities to an eager public

According to the findings of the Leeds City Council, 70% of the population of the city have declared their interest in switching to low emission vehicle should the opportunity arise.

Thus, the project for free trials of e-vehicles finds itself in perfect conditions to thrive in a friendly atmosphere. To attest to that, over 250 organisations and businesses had already applied for the trials right after the launch of the project last week.

The City Council recognizes that change can sometimes be scary – and that is precisely the goal of the project – to eliminate the fear and uncertainty among residents who are still unsure of the benefits of electric vehicles.

“Everyone has a responsibility to reduce emissions, help tackle air pollution and reduce their carbon footprint. We know that changing to electric vehicles would be a leap in the dark for some so this trial is to support businesses to understand the charging regime without having to make an upfront financial commitment. Not only are electric vehicles better for the environment, but they’re also cheaper to run and maintain than traditional diesel and petrol vehicles,” stated Executive Member for Resources at Leeds City Council Councillor James Lewis.