Interview with Henri Lenferink, Mayor of the City of Leiden in the Netherlands 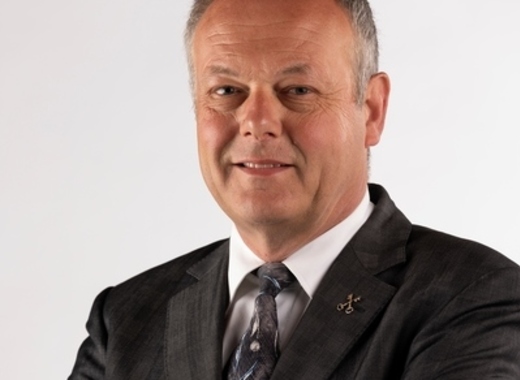 Henri Lenferink was born in the town of Delden in the Netherlands. He studied History at the Catholic University of Nijmegen. After graduating he became a teaching assistant at the university, a post he held until 1987 when he started working as a freelance historian.

In 1990, he was appointed Head of Sciences at the IJssel Academy in Kampen, where he remained until 1994.

Mr Lenferink became a member of the Arnhem City Council in 1986 and was appointed alderman in 1994 where he served until 2003. His appointment as Mayor of Leiden on 15 May 2003 was effectuated after a referendum was held among the residents of Leiden in which he received a majority of votes. In 2009, he was re-appointed for a further period of six years, and again in 2015.

A city of discoveries, Leiden relies strongly on innovation and education. Accordingly, the Education Innovation grant was opened for citizens’ proposals for a third year. Could you explain why this measure is important and what results you boast so far?

Leiden is a city of knowledge, and the Municipality of Leiden regards education as a vitally important part of that identity. We want our residents to get the most out of all the available knowledge. And because we have so many levels of education in the city, we believe it is important that those educational sectors become more closely aligned and make good use of each other’s knowledge.

At the same time, we realise that educational content is not the task of local governments. Our philosophy is that innovation should be inspired by knowledge-sharing and collaboration. So, we’re not going to focus on the content itself, but we can facilitate the conditions to make that possible. One of the ways we are doing this is with various network tables in which we bring educational sectors together.

The educational innovation subsidy is another important instrument we use. Educational institutions can submit an application for any theme they wish, but they must do it together, and the results must be sustainably guaranteed in their own educational programmes. This has already produced some surprisingly good collaborations and projects.

The parties are already managing to become more closely aligned – not just on an administrative level but also in the work field itself. For us as a Municipality, this also has an important signalling function for what is happening in the world of education.

Maintaining the prestige and accessibility of a major university city is certainly a great responsibility. Could you share good practices introduced or foreseen by your administration in this direction, among which is the social assistance scheme for renting out rooms to students?

Students from the Netherlands and abroad are very welcome in our city. It is important that they feel welcome. That is why Leiden organises an introductory week for students (the ‘El Cid’ week) every year. And then there is the Orientation Week, which is aimed specifically at international students. This is also an introductory week, but it focuses on international students and their specific questions and needs. Accommodation in Leiden is scarce for residents and students alike.

There are several different providers of student residences in the city. DuWo is one of the largest. DUWO offers affordable accommodation for students.

We have no specific local schemes for students. Students in the Netherlands can borrow money to finance their studies.

We believe it is important that students also become involved in Leiden’s social life. That is why we work closely with PKVV, the local register of student associations.

Leiden is growing which makes the traffic busier and the space scarce. Could you tell us about the vision for the mobility of Leiden until 2040: what major improvements and changes are you aiming at?

The vision of mobility we are currently developing includes choices about mobility in Leiden up to 2040. Modes of transport that don’t waste space and are good for the quality of life and the environment in the city will be assigned a leading role. Which is why the Municipality wants to encourage more people to cycle, walk and use public transport. There will still be cars in the city, but they will play a less prominent role. Needless to say, this will not happen by itself. Difficult choices will have to be made. The subjects we want to explore with the city are:

Leiden is currently investing a huge amount in (sustainable) mobility and accessibility, such as in the ‘Leiden Ring’. The ring structure leads long-distance traffic around the city centres of Leiden and Leiderdorp. This is aimed at keeping the Leiden Region accessible and attractive for residents, businesses and visitors. There will also be a new ‘Centre Route’ in the city centre that provides high-quality public transport through the city.

Could you share with us more about new Sports and Health framework 2019-2023 and the initiatives through which the municipality wants to promote health in the city?

Exercise is essential for a healthy and active lifestyle. We want to encourage as many Leiden residents as possible to enjoy sports and exercise more. To achieve that, we’ll make it easier for people to take part in sport and exercise, remove any potential obstacles for people with a disability, stimulate talented individuals to develop themselves further and make sure that the physical environment is suitable for sport, games and exercise.

Finally, Leiden is working on a broader vision of the future for the city: the Environment Vision Leiden 2040. Could you tell us at what stage of development the document is and how you involve the citizens and business in this important project?

Over the past year, we formulated the Leiden Regional Vision 2040 together with residents, organisations and other stakeholders in the city. We used a variety of creative working methods to do that. Such as a week during which everybody could discuss specific themes at different moments, a sketchbook for the entire city and a number of surveys.

There was also plenty of input from children and young people. One of the processes involved a working group of professionals from the city and civil servants, which we call the ‘City Makers’. These are stakeholders from the university, corporations, the business sector, the culture sector, social institutions, etc, who are led by city urbanist Hilde Blank. This initiative has resulted in a module with possible directions for ‘the type of city Leiden wants to be in 2040’.

The Leiden Regional Vision 2040 outlines how Leiden will look in 2040. It also describes how Leiden will deal with important subjects such as accommodation, accessibility and climate change. The vision will be worked out in more detail in the years to come.