Let Viana do Castelo flower and take care of your balcony

If you live in the city’s centre, take part in the “Flowering the Historic Centre” initiative 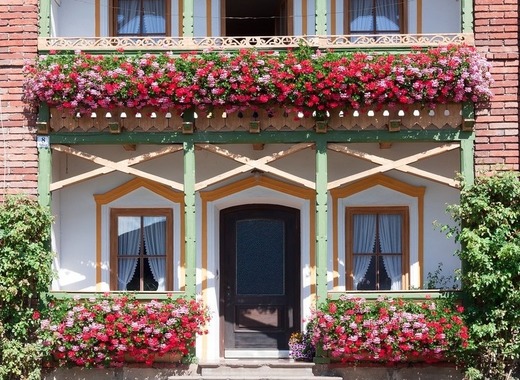 The Town Hall of Viana do Castelo is inviting all residents living in the city’s centre to take part in the “Flowering the Historic Centre” initiative. Citizens can participate either by taking care of their own balconies and turning them into beautiful gardens or by allowing the municipality to take over the flowering and maintenance of their properties.

The initiative is expected to be implemented come February 2020, following in-depth research done by the municipality. The local government wants to ask all citizens living in the area for their opinions and their wishes as to how they would like to proceed with the flowering. Furthermore, all the plants and seeds that are to be used, are currently being produced at the municipal garden.

The Viana do Castelo City Councillor for Environment and Diversity, Ricardo Carvalhido, believes that the “Flowering the Historic Centre” initiative will significantly enhance the city’s aesthetics and environmental outlook. Furthermore, he believes that this is a perfect continuation to an age-old Portuguese tradition of decorating balconies and facades of near public spaces. The final project will be implemented in two phases, with the first one focusing on the city’s most central arteries and squares, including Praça da República, the "living room of the city".