Feel the magical atmosphere that will give you unforgettable memories 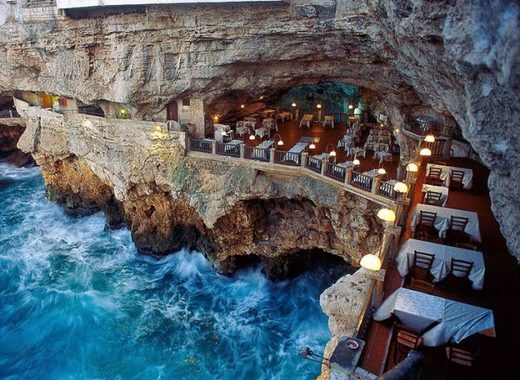 What’s more romantic than a candle lit dinner at the seaside? A candle-lit dinner in a grotto restaurant carved into the Italian seaside. Grotta Palazzese hotel restaurant is set in a vaulted limestone cave in the town of Polignano a Mare in Southern Italy. You’re not only dining in a cave – you can also soak in the sights of the Adriatic sea and the vertical cliffs typical to the seaside.

The location had been inhabited since the Neolithic and was once a Greek colony. The restaurant itself might have been in used since 1700s when local nobility gathered there to do pretty much the same we’d like to do there today.