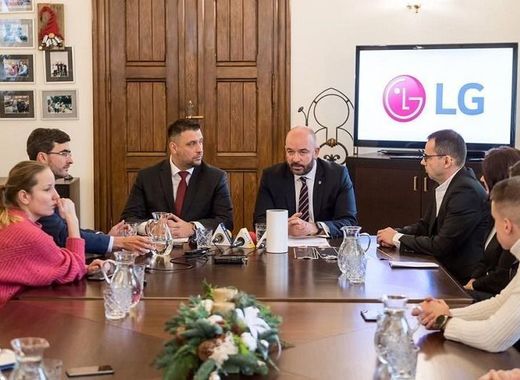 The global giant LG will invest over PLN 320 million (close to EUR 75 million) in the Wrocław agglomeration, it was announced on Thursday at a press conference in the City Hall. LG Electronics Wrocław will produce safety separators for lithium-ion batteries, used in electric cars among others.

In 2020, two investment stages are planned to be completed: the first for PLN 120 million and the second for PLN 200 million. The first product deliveries to customers are scheduled for February 2020. LG Electronics Wrocław has received a positive decision on investment in the Polish Investment Zone at the end of August for successfully meeting the sustainability criteria. This means that the LG investment does not threaten the environment and that the company will create high-quality jobs.

Sebastian Stadnik, managing director of LG Electronics, explained that the first group of specialists from the factory near Wroclaw has just returned from a month's training in Cheongju, South Korea. The planned expenditure on creating one workplace will exceed the amount of two million zlotys. In total, the company will employ 150 highly qualified specialists, he added.

The largest factory for lithium car batteries in Europe

“Recently, I was in South Korea where I talked with the management of the entire LG group about technological solutions that our partners create. I am glad that some of these innovations will also be implemented in Wrocław. This means another several hundred million invested in our region and more jobs”, emphasizes Jacek Sutryk, Mayor of Wroclaw as quoted by Wroclaw.pl.

For the Korean giant, this is part of a long-term investment plan. LG implements the project in cooperation with the Polish authorities and with special support from Wrocław and Kobierzyce. In addition to the latest LG Electronics plans, the Korean LG Chem is building the largest factory for lithium batteries for cars in Europe in Biskupice Podgórne near Wrocław. In terms of expenditure (nearly PLN 3 billion), it is the largest investment in Poland since 2001.

“LG has been present in the Wrocław agglomeration for over 10 years, but now this business connection has entered a completely new phase. Wrocław, thanks to the investments of our partners, will become an important centre for the development of electromobility in Europe and in the world”- emphasizes the Mayor of Wrocław.

LG Electronics has been operating in Biskupice Podgórne since 2006. The company employs about 700 people and manufactures household appliances. Now they plan to increase production by approximately 10-20 percent annually in the coming years.