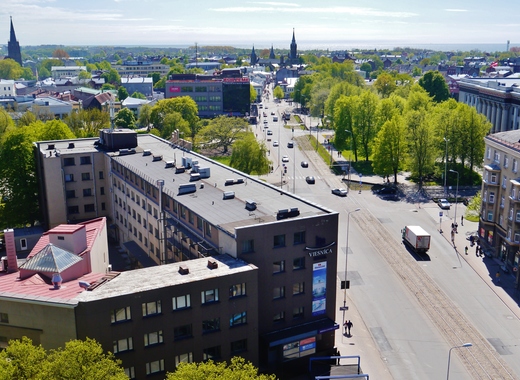 The City Council of the Latvian city of Liepaja recently approved the continuation and the next step of the municipality’s landmark education project - "Improvement of Liepaja Educational Institutions Learning Environment".

The project envisions wholesale renovation of schools across the city – carried out by contractors employed by the local government of Liepaja and funded with the assistance of the European Regional Development Fund. Within the framework of the now-approved segment of the project are included construction and renovation efforts on three local schools

Liepaja Secondary School No. 8 comes in first on the list of winners of financing. A total of 20 classrooms will be renovated by local authorities, as well as 4 sanitary facilities, the building’s entire heating system, electricity installation, sewage and water supply.

Oskars Kalpaks Liepaja Secondary School No. 15 will benefit from funding for the reconstruction of 23 of its classrooms, its sports halls and 5 of its sanitary facilities. Furthermore, the school’s water supply, electricity grid and heating system will also undergo upgrades and replacements where needed.

Meanwhile, 17 of Liepaja Secondary School No. 7’s classrooms will undergo upgrades. Heating, electricity and water supply to those same rooms will also be subjected to a makeover.

The total cost of the project is estimated at around 2.56 million euros. 80% of the amount will be provided by the ERDF, 16.5% by the local government of Liepaja and the rest will be taken out of the Latvian state budget. A call for contractors will be issued in January 2020 and construction is scheduled to being either during April or May. The City Council believes that the project will be completed by December of 2020.

Liepaja has made significant strides in improving its local education system. So far 9 other schools have undergone major construction works, while at the same time, the municipality has begun the implementation of a project aimed at promoting exact sciences among students, called “Mathematics 200”.