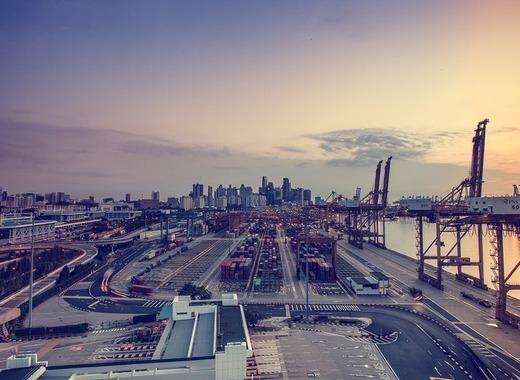 In late September the management of the Liepaja Special Economic Zone and JSC “Citadele banka” forged an agreement to purchase part of the territory of the now-defunct “Liepājas metalurgs".

As a result, the 120-hectare plot of land is now owned solely by two entities – the municipality of Liepaja and the Latvian government.

According to the mayor of Liepaja, Janis Vilnītis, this latest acquisition should pave the way for the Special Economic Zone to quickly attract new investors.

By streamlining the creation process of a new industrial zone and combining the efforts of stakeholders and interested parties, the path towards the area’s prosperity should become clearer.

A vision for the future

The goal of Liepaja SEZ is to transform the grounds into a modern and high-tech industrial park, ready to meet the needs of investors willing to move into the region.

The area was used by “Liepājas metalurgs" for over 100 years but it has recently gone silent – it’s high time for this to change.

Representatives of the Special Economic Zone concede, however, that the metallurgic industry has changed far too much over the past century and it would likely be unfeasible to recreate the works of “Liepājas metalurgs".

Instead they prefer to focus their attention on attracting modern firms and companies.

Liepaja being a port city should prove ripe ground for shipping and transport companies looking to expand their businesses, according to the SEZ’s management.

The interested parties are looking forward to the finalization of the purchase to begin the area’s development into an industrial park ready to meet modern standards. They are already on the lookout for private investors willing to take part in the project.