The municipality is allocating 100,000 euros from its budget for businesses that are struggling and is launching a special competition for the revitalization of the local economy 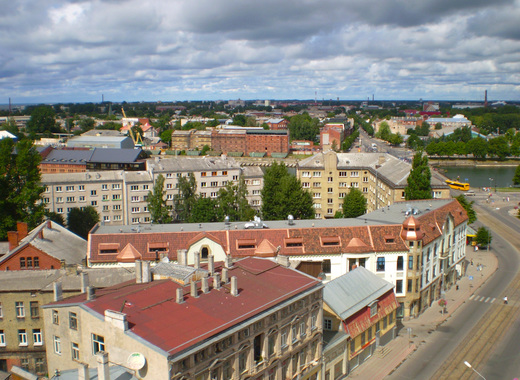 With national and local authorities turning their gazes towards restarting their economies, cities across Europe are embarking on their own unique journeys, tailored to their own specific needs, that will address their economic woes.

In the Latvian city of Liepaja, for example, the local government has turned its yearly small and medium-sized businesses competition into something that is meant to support specifically those sectors that were hit the hardest by the shutdown and the pandemic. Traditionally the conditions for applying for a grant at the municipality have been lenient, allowing everyone to participate. This year, however, change was sorely needed.

Providing aid to a post-shutdown economy

Through the competition, a total of 100,000 euros will be granted to small and medium-sized businesses across the city – mainly to representatives of industries that were forced to shut down entirely, like hotels, restaurants and other tourism and culture-related industries.

Support might also be provided to companies that pitch projects that will aid these struggling sectors in some way. The only other condition, according to the municipality, is that all activities must be carried out within the city. Support provided by the local government will come in the form of co-financing of up to 75%, in the amounts between 2500 and 15,000 euros. This is a significant change from previously established practices that demanded a project to be operational for two years before becoming eligible for co-financing.

With Liepaja basing a significant part of its economy on tourism, the local government is eager to prop up its struggling hospitality industry. By doing its best to help it survive the first few months, Liepaja’s authorities believe that they will be able to attract a large number of tourists from across the country, thus allowing the city’s tourist sector to survive and thrive in the long-term.