Lighthouses in Algarve open to visitors until the end of August

The initiative is enjoying more and more success each year 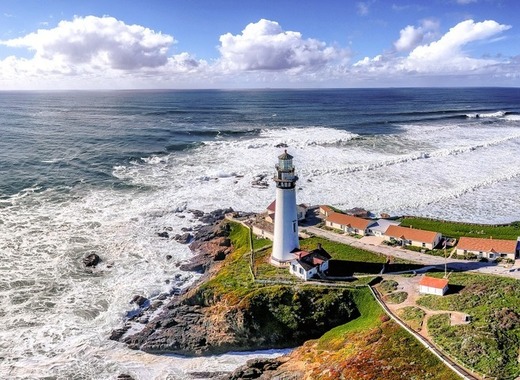 The Alfanzina lighthouse near the city of Lagoa and the Cabo de Santa Maria Lighthouse in Culatra Island both located in the southern Portuguese region of Algarve are open to visitors in the summer months. The initiative has been a great success, according to local officials. The number of visitors has been rapidly increasing over the years. The number of tourists with the lighthouses on their bucketlist have increased by 20%, according to officials. The lighthouses are open in the months of July and August – and over July 2019, the total number of visitors was 1300 – 20% more than in 2018.

The initiative was started following an agreement between the local governments, the Portuguese Maritime Authority and the Portuguese Institute for Youth and Sport, as well as several other local associations. Interested tourists and visitors can head to the two lighthouses any time they want – except for Mondays, when they are closed. Last week the mayor of Lagoa, Luís Encarnação, accompanied by officials representing the other signatories inspected the lighthouses in order to discuss the success of the initiative.

If you’re interested in visiting the lighthouses, you still have time. They will remain open until 30 August.