Upon completion, it will be able to save around 13 million cubic metres of water each year 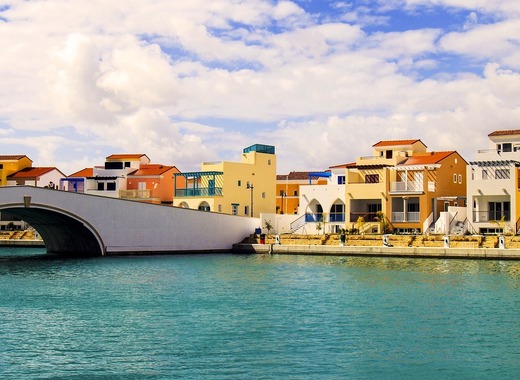 Earlier last week construction began on the west Limassol wastewater treatment plant in Kato Polemidia. The facility is expected to solve many of the city’s problems involving the local drainage system and also contribute to Cyprus’s efforts in becoming more sustainable and environmentally conscious.

The founding stone of the facility was placed by the president of Cyprus, Nicos Anastasiades who attended the special opening event. “It is very important for irrigation purposes, for (water) saving reasons. It will effectively tackle problems affecting the wider western Limassol by directly addressing the needs of the area, including neighbouring municipalities and communities,” he stated, as quoted by cyprus-mail.

The wastewater treatment facility is expected to be up and running by 2021. Yet the need for such a plant was first mentioned over 50 years ago by the Sewerage Board of Limassol, whose members were adamant that the sewage system of the city is unable to cope with demand and is in dire need of upgrades.

And now, 50 years later, they have finally gotten their wish – thanks to the efforts of local and national stakeholders who together managed to secure the funding and the permits needed for the construction of the much-needed facility.

The project has a price tag of 47 million euros and is part of the Cypriot government’s wider push towards sustainability and environmentally friendly measures. Not only will the new wastewater treatment plant help solve longstanding problems of the community of Limassol, but it will also significantly contribute to the country’s climate ambitions.

Upon completion, the facility will enable the use of biogas for the production of electricity and will alleviate the risks of water and soil pollution. Furthermore, it will save some 13 million cubic metres of water each year by recycling wastewater that would have otherwise been unusable.