Mayor Nicolaides will collaborate with the Transport Minister, Yiannis Karousos 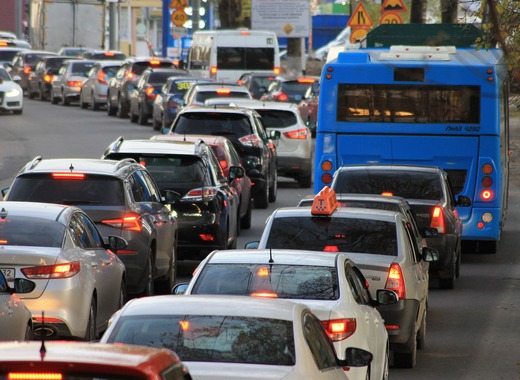 The residents of Ayia Fyla have been complaining about traffic congestion for many years. According to them, the increasing population and the lack of necessary infrastructure to facilitate travelling to and from the city centre results in nonstop traffic jams.

It takes more than 60 minutes to travel to or to return from the city centre, in the same time traffic accidents are very frequent. In a recent protest against the government’s inaction over the situation, residents blocked Ayia Fyla avenue.

Results of the meeting

During the meeting, mayor Nicolaides and the Transport Minister agreed to give Limassol municipality special contracting power in order to carry out some large projects and be able to resolve traffic problems more quickly. A special committee will monitor the progress of these projects.

The first measure to tackle the traffic issue will be a bid for the addition of traffic lights at the Ayia Fyla roundabout in February. Creation of park-and-ride facilities is also planned. A plan for the implementation of sustainable mobility in Limassol, which aim is to reduce traffic jams in the city has been already prepared.

According to the statement of the Transport Minister, the meeting represents the beginning of a close collaborative relationship between the Ministry and Limassol Municipality. Mayor Nicolaides announced that plans for the reconstruction of the eastern part of Evagoras Lanitis Avenue and another side road leading to the Ayia Fyla centre have been the subject of discussion for years and should be implemented soon.