Linz adapts to life with e-scooters

Instead of banning them like many other Austrian cities, Linz has decided to impose rules and regulations that make them a viable transport alternative 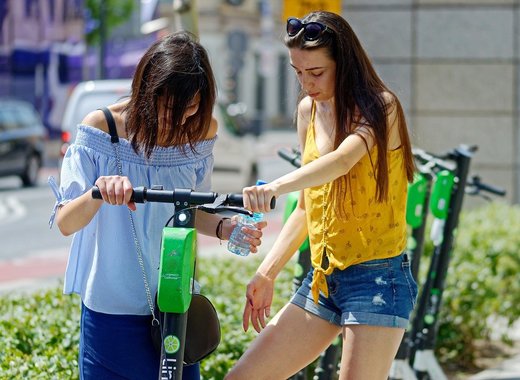 Ever since e-scooters began rapidly gaining popularity as a transport alternative in urban environments a couple of years ago, local governments across Europe have been struggling with keeping them in check, as they have proven themselves to be a true menace to policymakers.

And while some cities have taken a harder stance and have decided to ban their use entirely, others have instead opted to regulate their use and adapt to life alongside them. Such is the case in Linz, where city authorities have managed to integrate e-scooters seamlessly into urban traffic by imposing strict regulations on their use and handling.

A touch of local charm

E-scooters first appeared en masse in Linz on 1 March 2019 – over a year ago, and after a 6-month trial period, the city agreed to enter into a permanent partnership with the operating companies at the time. Since then, of the 6 that first entered Linz’s e-scooter market, 2 have remained and they have adhered strictly to the rules and regulations prepared by city authorities.

"While other cities like Graz have banned them, as infrastructure manager of the city of Linz I rely on a culture of enabling that does not ignore technical innovations. This path has proven itself and the initial problems with the e-scooters have been managed.

The code of conduct has now been tightened up and expanded to include provisions that aim to ensure the sustainability of scooters in operation and with regard to the batteries used. Safety from the point of view of the fire police and compliance with the provisions of the Road Traffic Regulations are also important aspects of the additional agreements made with the operators, ” explains Linz Vice-Mayor Markus Hein.

The rulebook developed by local authorities includes all kinds of provisions, ranging from proper use and proper parking to environmentally-friendly practices and how the e-scooters can be made even more accessible and climate-friendly. By adopting such a hands-on approach, Linz’s local government has truly proven itself in touch with the times in refusing to ban the vehicles but instead to work with them.