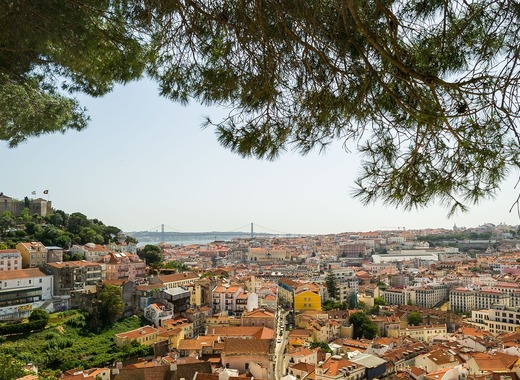 Local authorities in the Portuguese capital of Lisbon are in the mood for some large-scale spring cleaning – but due to the fact that during the actual spring they were rather occupied with different, corona-related objectives, such initiatives were postponed.

Now, finally, with the imminent threat of COVID-19 put in the rearview mirror, the city is ready to embark on a journey of self-discovery and reclamation that aims to put people and citizens’ health and interests at the very top of the agenda.

Lisbon’s government wants the city to emerge from the pandemic with a more ambitious pitch to its constituents. The city’s mayor Fernando Medina even has some specific targets in minds – by the first quarter of 2021, he wants there to be more than 200 km of cycling paths and for many of the capital’s public areas to be entirely renewed and renovated.

The bike path promise is of special importance as it represents a substantial fast-tracking of the Lisbon Cycling Strategy, through which only 100 km of cycling paths have already been completed.

The other batch of measures, involving restructuring public spaces is also vital to the future of the capital. The main goal of the local administration is to expand pedestrian areas across the city, to reduce the number of traffic lanes and to increase the number and size of sidewalks, while also creating as many green terraces as possible, at the expense of parking spaces.

All these measures are aimed at making walking and cycling more exciting and attractive, while at the same time disincentivizing people from using their personal vehicles. Currently, the local government has a total of over 100 locations that it wants to transform in order to make the city more beautiful and healthy.