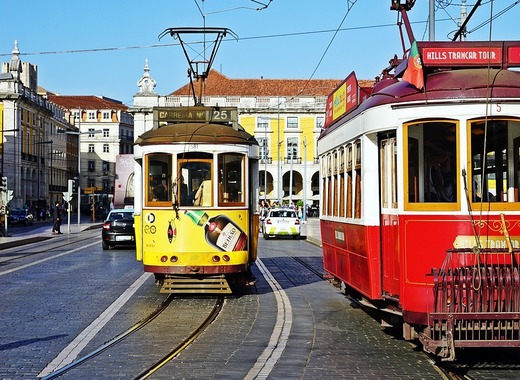 Carris, the company responsible for handling the public transport network of Lisbon recently revealed how it had fared over the past year. And the numbers tell a tale of resounding success.

The numbers show that Carris transported a total of 139.5 million passengers over the course of 2019. Compared to previous years, 2019 was the company’s best since 2011, when it serviced over 170 million passengers.

Following the global financial crisis, Carris registered a sharp drop in users – after 2011 the numbers were constantly dropping until they hit their historic low of 121 million passengers in 2016. Yet the numbers for last year speak of vast improvements – compared to 2018, Carris transported 13.8 million more passengers – the biggest jump ever since the Lisbon City Council took over the company’s management.

The 2019 figures have proven to be a surprise to everyone – even the company itself. In its strategy and budget for 2020, approved last October, Carris had stated that its passengers would increase to 127 million over the course of the year. Their forecast has now been exceeded by over 12 million passengers.

Officials believe that the increase is due to a substantial fare decrease, introduced by the Lisbon City Council last April. The sales of the new travelling cards increased drastically over the course of 2019 and are most likely responsible for the increase in travel.

Yet it’s not all good for Carris. More passengers equal more complaints – people who hadn’t used the public transport network of Lisbon were dissatisfied with the conditions of some of the vehicles used by the company. To answer the issues raised by citizens Carris has been hard at work at renewing its fleet and making it more sustainable and environmentally friendly.