With vehicles from before the year 2000 now facing restrictions, local authorities already have bigger plans 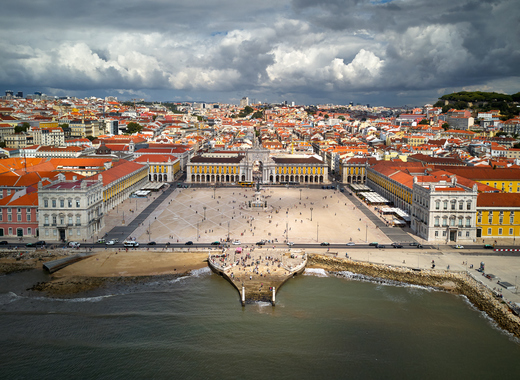 Cars in Lisbon dating from before 2000 will soon be facing restrictions when travelling in the city’s downtown of Baixa de Lisboa.

The current legislation states that only cars that comply with the Euro 3 standards will be allowed to circulate within the area – e.g. cars with registration from after the year 2000. Of course, there are exceptions made for those living in Baixa de Lisboa.

But the Lisbon City Council is far from done. To drive the message further, the plan for banning cars in Baixa de Lisboa envisions a 2nd phase that currently stands to be implemented starting April of next year.

Come 2021, all vehicles not complying with the Euro 4 standard will also be banned from entering the premises of Baixa de Lisboa – that means that the ban will include vehicles dating from before 2005. Residents of the area will again, of course, be excluded according to the proposal drafted by the lawmakers that support the ban.

The surprise announcement naturally generated negative reaction – both from citizens and members of the City Council. While some Councillors immediately attacked the proposals, others decided it would be best to wait and see the full document.

The first battle for the extension of the car ban will be held next week, on 13 February at the Independence Palace. There, citizens and business owners will have the opportunity to lay out their issues with the proposals and suggest alternatives or maybe even declare their outright opposition to the idea.

Alongside the ban, the city council of Lisbon has been working on improving the Portuguese capital’s public transport network – probably, in no small part, to compensate for some of the car restricting measures it is planning or has planned to take.