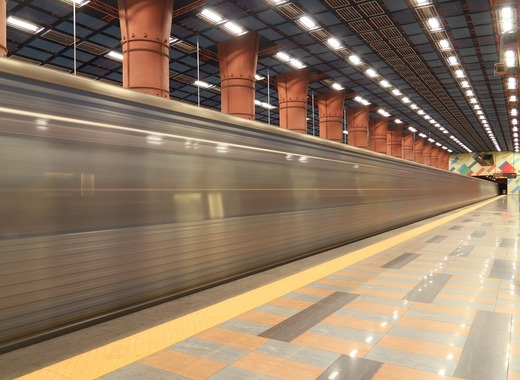 The Lisbon metro – one of the most important elements of the city’s public transport network – is set for a major expansion thanks to a substantial investment provided through the European Union’s Cohesion Fund. The metro network acts as one of the primary traffic channels in the Portuguese capital and is an essential means of transport for millions of people each day. Thanks to the boost, it will be able to not only increase its capacity but also its reach and scope.

The investment approved earlier last week by the European Commission is worth 83 million euros and will improve both the safety and efficiency of all lines of Lisbon’s metro. Through the cash infusion, the subway network will be able to better support economic growth in the Portuguese capital as it will link up its Yellow Line (which serves the area of the city with the highest employment density) with its Green Line, thus making it a circular connection.

Upon completion, this new link will transform traffic in Lisbon for the better – removing bottlenecks and substantially reducing travel times within the urban area. The investment itself, meanwhile, will also act as a driver for economic growth during a time when cities are eager for all kinds of investments in infrastructure in order to aid the recovery of their economies from the coronavirus pandemic.

Commissioner for Cohesion and Reforms, Elisa Ferreira, commented on the investments, stating that “This project will bring lots of benefits to the Lisbon metropolitan area: smoother connections among all forms of public transports, shorter travel times, reduced CO2 emissions and better access to these services, including for people with reduced mobility.”

The environmental benefits of the project are also not to be underestimated. After its completion sometime in 2024, car transport in Lisbon is estimated to decline by about 25 million passengers per kilometre, thus contributing to the local government’s efforts in reducing the city’s carbon footprint.