Mobile messengers are at citizens’ beck and call in Lithuanian cities 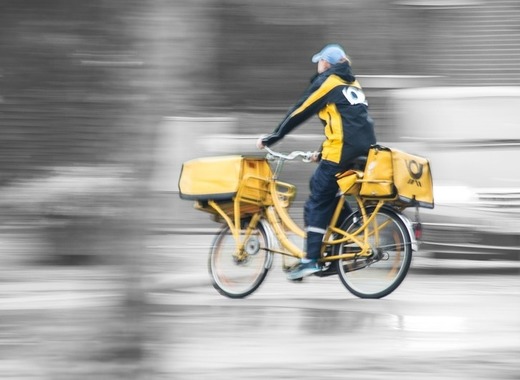 Last week the Lithuanian mobile messenger project took a huge leap forward. The mobile messengers were deployed in 12 Lithuanian municipalities some two years ago - ready to serve locals in their postage needs. The project was a smashing success, enjoying a constant stream of good reviews and recommendations.

The project in essence

So, what does the mobile messengers project entail?

To put it simply, its participants are postal workers in cars, doing deliveries on the spot. They can be called to your apartment to pick up a package and will deliver it in no time.

Alternatively, citizens can request items to be delivered to them repeatedly. According to representatives of the Lithuanian Post Network, the introduction of mobile mailers has significantly increased interest of citizens in shipping.

By removing administrative hurdles and other related difficulties and by delivering the service directly to locals, residents are becoming more and more eager to make use of the offer.

Citizens were skeptical of the initiative at first, but they eventually grew to appreciate it. Thus, it has now become a smashing hit among Lithuanians.

As a result, the service has just expanded its reach to 5 new locations - Ignalina, Telšiai, Zarasai, Ukmergė and Varėna. The mobile messengers project is not only beneficial to consumers but to postal workers in general as well.

The Post Network expects that an increase in interest for the service will lead to the creation of more jobs and higher salaries.

The plan is for the mobile messengers to be able to cover the whole of Lithuania by spring 2020. Getting in touch with a mobile postman is easy – just call your local post office's designated number (for free) or write them an email.