Ljubljana begins quest for the procurement of housing 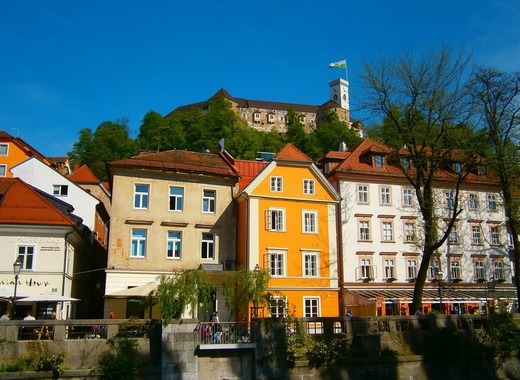 The local government of Ljubljana recently started acting upon its ambition to procure 10,000 apartments by 2025. The first batch of 498 are now under construction in the Novo Brdo neighbourhood.

The newest addition to the housing market of the Slovenian capital will feature walking and cycling lanes, underground garages and over 500 parking spaces. The apartments will be divided into 18 buildings, split into separate parts and set to be constructed by different companies. The total price of the project is over 56 million euros, with nearly half the amount being provided by the European Union.

The money will also go towards the procurement, construction and renovation of other apartment buildings in different parts of Ljubljana. The loan should finance the addition of around 1,500 apartments to the capital’s housing market over the next two and a half years.

First of many steps

The first 498 apartments are just the first step in the process of creating 10,000 living spaces in the city. According to city officials, as cited by 24ur, there are another 7 steps to go – the multi-step plan of the local government to provide housing opportunities in the capital.

The initiative is not just local, however. Housing in cities is a priority of the governing coalition in Slovenia with parties being committed to raising housing policy funds to 0.4% of GDP – or around 200 million euros. While funding is not yet secured, government officials are confident that the money will come and will be enough in the end.

Acting on their promises, the government has already distributed funds for the construction of 1,500 other apartments around the country – not only in Ljubljana but also in Maribor with plans for construction efforts in Kranj, Ivancka Gorica and Lukovica.