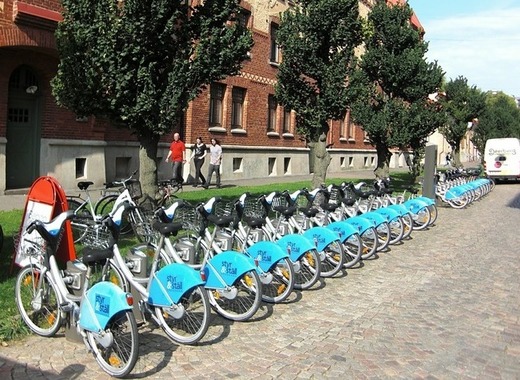 Last November, local authorities in the Slovenian capital of Ljubljana have finally managed to reach an agreement with private businesses on the expansion of the city’s bike-sharing network. As a result, over the course of 2020, the number of bicycles available to citizens will increase by 90 and nine new bike stations will be added to the city’s already existing infrastructure.

It is yet to be decided where the new stations and bikes will be placed in the city. Local government officials are adamant that they will be taking into account the already existing network and the wishes of citizens when making a final decision.

Recently, the Slovenian capital declared itself a true cycling-friendly city, putting on display some of its achievements in terms of providing cycling infrastructure to citizens and cyclists. Now, with the latest addition of bikes and stations, the city’s offer will be improved even further.

Upon completion, the Ljubljana bike-sharing scheme Bicikelj will boast a total of 80 stations. The system is a real hit among consumers ever since it was first launched in May 2011. Since then it has reached record numbers – on 1 October 2019, there were a total of 6336 rentals for the day.

The increase in bike rentals has been steadfast. Since 12 May 2011, over 6.6 million bikes have been borrowed. Not only is the service extremely convenient for citizens, but it is also a far cheaper and healthier alternative to using personal cars.

Cheap is also perhaps an understatement – the first hour of bicycle use in Ljubljana is absolutely free of charge – and most bike trips take way less time than that. The only fee is the weekly euro one has to pay or the three euros for a yearly subscription to the service.

By further improving its bike-sharing scheme, Ljubljana is most definitely cementing its positions as a bike-friendly city.