Ljubljana on the lookout for its Tree of the year 2020 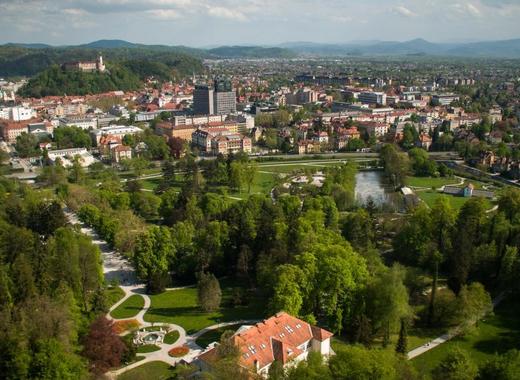 Over the past few years, the Slovene capital of Ljubljana has been devoting more and more attention to the development and maintenance of its urban forests and greenery. The efforts of the local administration in ensuring their sustainable growth have culminated in the creation of the 2020-2030 urban forest development strategy.

Through it, officials want to not only safeguard the city’s vast green spaces but to also make them more welcoming and enticing for potential visitors – thereby keeping both the environment and the citizen of Ljubljana healthy and active.

On top of these latest developments, the time has also come for the city to find its own tree of the year for 2020. The now yearly tradition aims to celebrate both Ljubljana’s forests as well as those who care for them and keep them safe and growing.

The Slovene capital is currently collecting suggestions for the city’s tree of the year. Locals can submit their own proposals until 31 August, after which an expert committee will select the finalists. After that, citizens will once again be asked for their opinions, through a final vote on the winner of the competition. The winner will then be announced on 28 November.

The Tree of the Year competition was held for the first time back in 2019, as an attempt by local authorities to shine the spotlight on the importance of trees and forests in an urban environment. Last year’s winner was a plane tree on the corner of Streliška and Strossmayerjeva streets. It is among the oldest ones in Ljubljana and boasts a height of 33 metres and a circumference of 596 cm.

By finding creative approaches to promoting forests and raising awareness about them, Ljubljana’s local government is making important steps in improving the city – not only in terms of health but also in terms of environmental resilience and resistance to the effects of climate change.