Ljubljana on the way to becoming the world's bee capital

About one in 200 Slovenians is a beekeeper 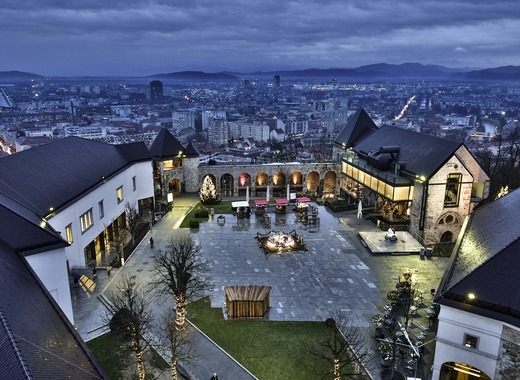 About one in 200 Slovenians is a beekeeper, many of them urban beekeepers - there are about 4,500 bee hives in the capital only. Turns out bees are very important for Slovenians and also part of their culture - the country initiated the World Bee Day, every year on May 20th. Slovenia's beekeeper association is backed by the government and there also organized forces to answer emergency calls for escaped bee swarms.

As it is well known now, in the recent years, beekeepers have observed massive loss of bees, however, not in Slovenia. The country even became the first to introduce a ban on certain chemicals proven harmful for bees, plus authorities include it in their plans to plant nectar-bearing trees. Being an indicator of clean environment, the bees in Ljubljana prove the clean and preserved urban environment of Slovenia's capital.