Within it one will find the names of those who have shaped the past, present and the future of the city 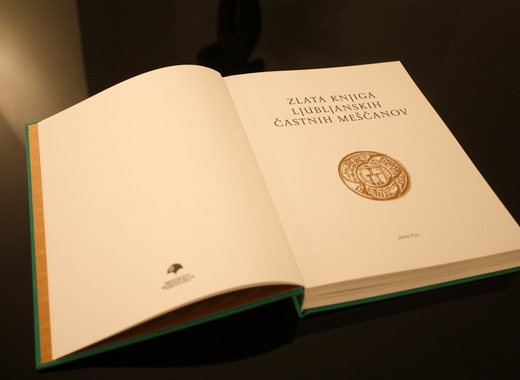 Over the past 200 years, the city of Ljubljana has bestowed numerous honorary citizenship titles to those of its inhabitants who have been instrumental to its development, prosperity and fortunes.

Now, their names and deeds have been immortalized within the Golden Book of Honorary Citizens of Ljubljana, created by the former curator of the Ljubljana City Museum Janez Kos with the assistance of the municipality. “This is the golden book of a long line of meritorious people from Ljubljana whose names should be protected from oblivion and firmly imprinted on the historical memory of the people of Ljubljana,” stated its author.

What you’ll find in the book

The book is separated into two main parts – within the first part one can explore the history of the city’s development, how it evolved and transformed over the centuries as well as the emergence of the title of honorary citizen.

In the second part, you’ll find the names, deeds and biographies of the many honorary citizens of Ljubljana, in chronological order and accompanied by pictures provided by the City Museum and the City Archives.

The honorary citizens can generally be divided into four main historical periods, depending on the country that was ruling over the city at the time. The first period is the one of Austrian rule between 1809 and 1918. Over the century, 73 people earned the title of honorary citizens, some of which are credited with the draining of Ljubljana marshes, making life in the city possible.

The second period is the one under the rule of the Kingdom of Yugoslavia between 1918 and 1941 – at the time 12 titles were granted. Nine titles were bestowed between 1945 and 1991 whilst Ljubljana was part of the Yugoslav Federation. Since then – up until 2019, independent Slovenia has bestowed 40 honorary citizenship titles.