Local authorities bring order to the chaos of Copenhagen’s streets 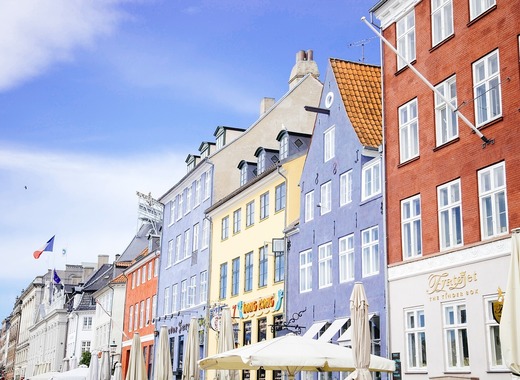 Two of Copenhagen’s main streets are set to be redesigned in order to bring order to the chaos that has existed so far. This will be done in accordance with a new urban development plan that was adopted by the city’s authorities, which will also see the creation of more climate and people-friendly public spaces in different parts of the Danish capital.

Greenery and room for social distancing – priorities of the decade

Local governments across Europe have been tinkering with all manner of solutions that would turn their cities green while simultaneously providing additional space for social distancing. The results have so far been successful with many urban areas becoming greener and more pedestrianized as a result of the rapid changes driven by the pandemic and the climate emergency.

With Denmark being at the forefront in terms of fast and innovative response to both of these issues, it comes as no surprise that its capital is tackling the issues on every level – from micro decision for the redesign of specific streets to large-scale ones that impact the entire city.

According to a newly-adopted urban renewal plan, Copenhagen will introduce a green corridor stretching through the city – along the path of the city’s ancient Fortress Ring. This green corridor will entail the creation of many environmentally friendly spaces and will demand for the use of non-pollution vehicle alternatives, as well as the planting of additional trees.

One of the focus areas of the urban renewal plan are Rømersgade and Linnésgade, located in the city’s centre. The two streets will both greatly benefit from the renewal as they will receive 15 new trees each, as well as plenty of additional bicycle parking spaces, created at the expense of car parking lots. Wider pavements and additional green areas will also be set up, thus making the two streets more orderly and allowing citizens to truly experience the beauty of Copenhagen – in a safe and healthy manner.