The first round is held today, with the 2nd one taking place in two weeks’ time – on 29 March 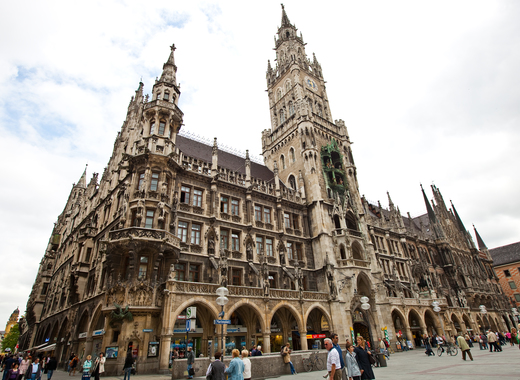 Citizens of the German state of Bavaria are heading to the polls today to vote for their local representatives and mayors.

In total, locals will be casting several separate ballots – for members of district and municipal councils, for mayors and Lord Mayors and for district administrators. All of them are elected to serve out 6-year terms, that are scheduled to run out in 2026. A total of more than 39,500 mandates will be allocated during the election.

Due to the spread of the coronavirus, and elections being mass events by their very nature, regional and local authorities in the German state are asking voters to make use of the readily available postal ballots – so as to prevent the mass gathering of people in the same place.

The German federal government has already begun implementing several measures across the country, but due to the decentralized and federal nature of the country, it is up to local and regional authorities to handle most of the issues.

After the regional elections in Hamburg a couple of weeks ago delivered a massive blow to the ruling Christian Democrats, its Bavarian sister party, the Christian Social Union, is also on the ropes. Besieged by challengers from the left in the fact of the Greens and from the right in the face of the AFG, the region’s main party is looking for a win that will solidify its standing on the federal and regional levels.

The future of the ruling coalition between Angela Merkel's Christian Democrats and the Social Democratic Party once again stands on the precipice - and every city council and mayoral seat that is won by establishment parties pull it slightly back from the brink.