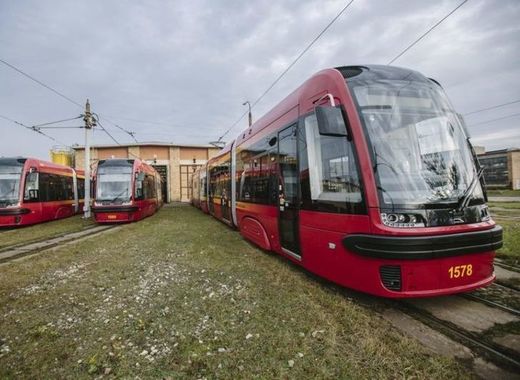 A tender for the purchase of 30 modern low-floor trams was launched in Łódź, as it was announced by the Municipal Investment Management last week. The vehicles will be air-conditioned, equipped with monitoring systems and many other amenities that will make traveling around Lodz even more comfortable and safe. In addition to the repair of tracks and the modernization of the depot, the Polish city will also invest in a more advanced rolling stock.

Thus, as part of the major Tramway project for Łódź, 11 km of tracks will be modernized in the coming years and two kilometres of completely new rails will be built (on Nowowęglowa and Broniewskiego streets). The tracks will also be modernized as part of area revitalization. Północna-Ogrodowa, Plac Wolności, Cmentarna and Legions will be rebuilt as well.

In the coming years, the street Wojska Polskiego, whose redesign has already begun, will also be renovated. To ensure proper service for modern vehicles, the depot will be modernized. In the near future a contractor will be selected to modernize the Chocianowice depot, which will be adapted to serve the new rolling stock.

The modernization of the fleet in the Polish city is nothing new, however: only this year MPK Lodz has been enriched by 70 modern buses (24 minibuses Isuzu and 46 Solaris buses) and last year 12 modern Pesa Swing trams arrived to Lodz.