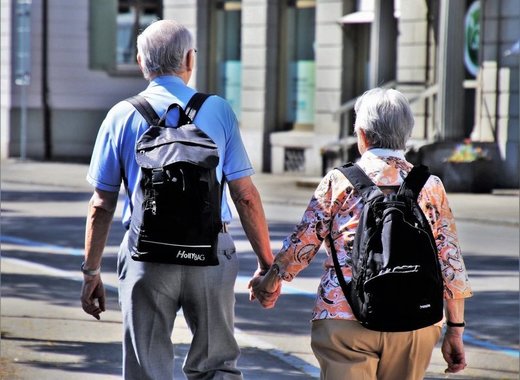 The municipal site of Logroño reminded residents of the National Grandparents Day in Spain (26 July) by posting a YouTube link today which shows Mayor Pablo Hermoso de Mendoza having a meet and greet with two of the city’s seniors. The difference is that, this year, the traditional meeting between mayor and seniors took place online via video conference.

Every year, on 26 July, the Mayor of Logroño meets up with senior citizens at the City Hall as a celebration of the National Grandparents Day. This year, however, due to social distancing measures, the meeting was conducted online.

National Grandparents Day has been celebrated in Spain (and other, mostly Latin American, countries) since 1988 with a view to reminding people of the importance that grandparents have in the family. It is often the case that when parents are busy, it is the grandparents who step in to help in the raising of the children.

This day is also a good reminder of the duty that society has to maintain the well-being of its senior members. To that end, the Logroño City Hall offers a range of programs which aid elderly people and their carers in these difficult times.

On a more global scale, the municipal authorities remind us that, according to UN statistics, nearly 10% of the world’s population is over the age of 60. By the year 2050, this share will increase to more than 20% as people live longer lives.