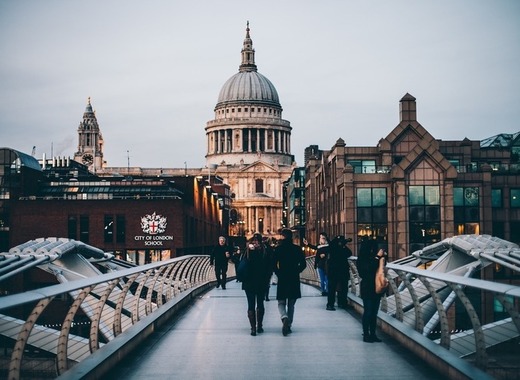 According to official data, nearly 40% of London’s children 10 or 11 are either obese or overweight. These damning statistics have pushed the United Kingdom’s capital to act. London mayor Sadiq Khan has assigned a Child Obesity Task Force which in turn has set out 10 ambitions aimed at tackling the issue of childhood obesity.

The first of the ambitions is for London to end child poverty in the city. The task force wants the Mayor to be able to set out the minimum wage of the capital and for more businesses operating there to start offering the so called “living wage”. The plan also envisions steps aimed at those looking after youngsters – an increase in support for breastfeeding mothers, the creation of food training programmes for young professionals like chefs and caterers working with children and the launch of a campaign aimed at supporting parents of young children. Another ambition concerns the things children consume. One objective is to make free water available everywhere around the city and to make it more attractive to youngsters, another is the restriction of fast food restaurants to sell products to unaccompanied children. The task force also wants the city to create a good food investment fund which will allow producers to offer healthy alternatives at decent prices.

Regarding childhood obesity, Sadiq Khan stated that “It’s shocking that our city has such high levels of child obesity and that our children’s health depends so much on who they are and where they live. We all have a role to play if we are to tackle this health crisis – so Londoners’ lives can be improved, reducing the burden on our over-stretched health and care service. That’s why I’ve already set out proposals cracking down on takeaways near schools and increasing the number of water fountains in the capital…”.