Londoners no longer need spare change to pay street musicians, thanks to a new tap-to-pay option for contactless or wearable technology 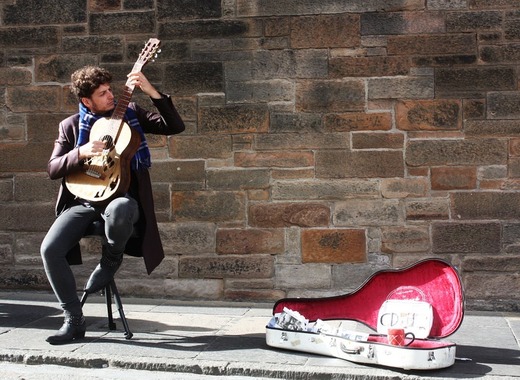 Busk in London, an initiative set up by the mayor of the UK capital, has partnered with Swedish fintech company iZettle to launch the world’s first contactless payments initiative for street musicians.The innovative scheme allows performers to establish a fixed fee–has begun across the city’s 32 boroughs and will continue to expand over the coming months. iZettle now plans to make the feature available to more charity organisations, NGOs and small businesses.

London has been a leading city in legalising busking. In 2003 it allowed buskers to perform in certain locations across the London Underground. After applying for a busking licence, performers can play on one of 39 pitches across 25 central London stations. After trialling the system, street performers notice significant impact on the contributions they receive. The music industry also welcomed the launch in London.