Town Hall building and square will be renovated first, followed by Stockholm Square 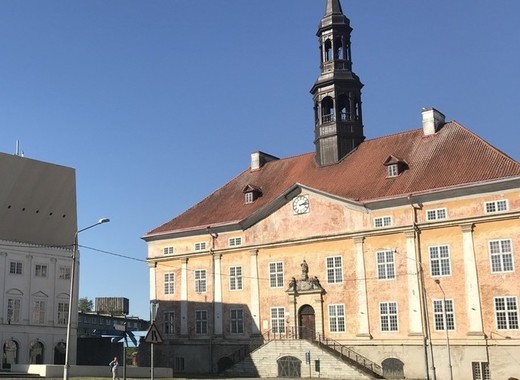 Years of designing and seeking funding for the reconstruction of Narva's Old Town centre have finally come to fruition, as due to the successful tender, the historic Narva Town Hall building and square will have a new look by 2022.

Architectural studio KOKO Arhitektid won the design competition for the reconstruction of the Old Town centre area of Estonia’s third largest city whose history can justly be called turbulent. The deadline for the start of reconstruction works is September 7. The estimated cost of the procurement is EUR 6 million, but the total cost of renovating the heart of Narva's Old Town could reach EUR 15 million.

Narva's Town Hall was built in the 17th century when Narva, claimed at different times by Denmark, the German Order, Sweden and Russia, was under Swedish rule. This was the time of Narva's commercial prosperity and the golden age of the city’s bourgeois architecture.

Stone buildings erected under strict architectural control replaced the old wooden houses which had been destroyed in a succession of fires. The architectural complex within Town Hall Square (Raekoja plats) included the Town Hall itself, the Stock Exchange, and residences of affluent Swedish citizens. Narva Town Hall was the only surviving landmark from this era as the end of World War II saw the adjacent buildings in ruins.

The renovated Town Hall building will function as a tourist centre and Town Hall Square will become a place to spend leisure time and hold various events, Anne Veevo, a representative of the Narva City Government, told ERR. "It is a small square and a comfortable place to rest, but it is more of a supportive square to the larger Stockholm square behind it," explained Veevo.

Renovation to proceed in stages

The whole project will be carried out in several stages. First, the Town Hall building and Town Hall Square will undergo renovation which should be completed in two years. By about the same time, the city government wants to start the renovation of Stockholm Square which is still at a design stage.

"We don't have many historical landmarks. Those that exist, I think, must be kept alive, contributing to the development of the city and the better mood of its inhabitants," concluded Veevo.