Louvre - the most visited museum in the world 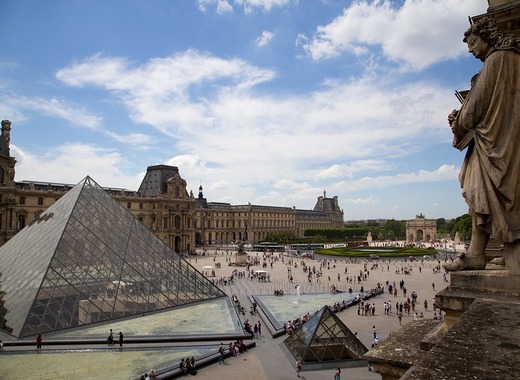 The Musée du Louvre or officially Grand Louvre is one of the world's largest museums and the most visited art museum in the world and a historic monument. The venerable museum -- home to masterpieces including "Venus de Milo," the "Winged Victory of Samothrace", the "Regent" diamond, the Law Code of Hammurabi, king of Babylon, the portrait of Louis XIV and Leonardo da Vinci's "Mona Lisa" - welcomed 8.1 million visitors in 2017 and it is expected this number to increase in 2018.
The museum opened on 10 August 1793 with an exhibition of 537 paintings, the majority of the works being royal and confiscated church property. Now-a-days the Musée du Louvre contains more than 380 000 objects and displays 35 000 works of art in eight curatorial departments.