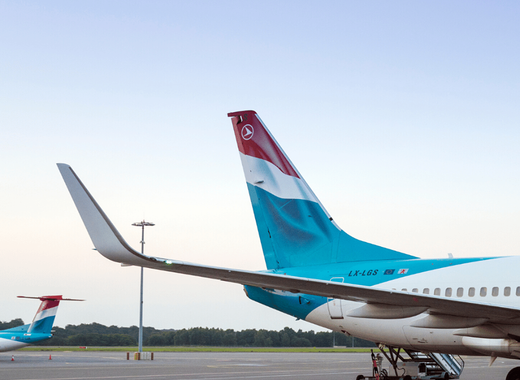 Luxair will be resuming its flight operations at the start of June, announced the company last week. Should everything proceed as expected, Luxair regular flights will take off again on 1st June, while LuxairTours holiday activities will be relaunched on 13 June.

Adapting to the pandemic situation

The flag carrier airline of Luxembourg announced the temporary suspension of its flying operations on 20 March, due to the spread of coronavirus. Now, as the countries of Europe are gradually turning towards exiting their lockdowns and are attempting to return to normal life, the flight operator of the Grand-Duchy has decided to resume its commercial activity.

However, the company announced that it will be respecting strict hygiene standards and will be adapting its flights to conform with the rules, guidelines and recommendations mandated by official authorities both in Luxembourg and in destination countries. The focus is put on thorough cleaning and disinfection, as well as adopting safe behaviour while in a group.

What is new with Luxair after Covid-19

First of all, all crew members and passengers above the age of 6 must wear facial protection, such as a mask, scarf or a bandana. Upon boarding, passengers will receive a hydroalcoholic solution and a disinfecting wipe to clean their hands.

Another aspect of the new types of behaviour that are to be adopted on board of the Luxembourg airlines concerns social distancing. All boarding and disembarking will thus happen in small groups.

This concerns both the airport gates and the board of the plane. Similarly, bus transits will also be restricted.

Currently, the majority of flights of the company are not filled to capacity, according to its officials, as quoted by L’essentiel, which allows for social distancing. Once the number of passengers increases again, the crews will try to optimise seats so as to reduce contact between travellers.

Finally, there will be limitations in terms of cabin luggage with only laptops, medication, handbags and baby items being allowed on board. The rest will go into the hold at check-in or be managed at the foot of the plane. Furthermore, there will be changes to the on-board service, including the temporary suspension of sales.