New routes and destinations are among the reasons for the success 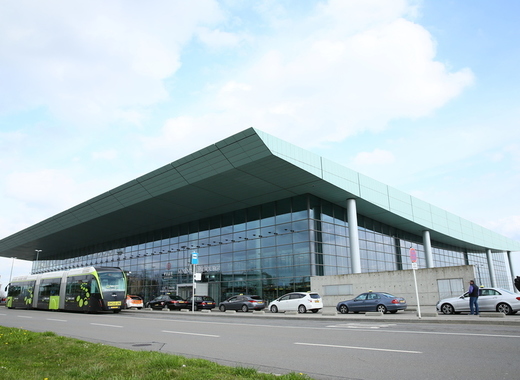 The airport of Luxembourg (LUX, formerly known as Luxembourg Findel Airport) reports a record-breaking number of passengers for the last year. With 4,4 million travellers, the main airport of the Grand-Duchy boasts considerably improved figures for 2019 (9% increase in comparison to 2018, when the number was 4.04 million passengers on board). Close to 10% of this number of passengers was scored in July alone – with 430,000 persons, this month remaining the peak for the airport.

The airport explains the increase partly with the launch of several new routes and the opening of new destinations, which are Budapest (Hungary), Marseille and Toulouse (France), Edinburgh (Scotland, UK), Mahon (Menorca island in Spain), Marsa Alam (Egypt), Split (Croatia) and Stockholm (Sweden). This adds up to a total of 89 airports in Europe and the Middle East that are now connected directly with Luxembourg and where passengers can travel without a transfer.

The passenger flow is likely to grow in 2020 as well, as the carrier Luxair will be launching even more direct routes from the Airport of Luxembourg – to Montpellier and Nantes in France and Brindisi and Florence in Italy. Nevertheless, passengers travelling from Luxembourg seem to love Portugal’s main airports the most, as the highest number of passengers in 2018 from Luxembourg airport went to Porto (316,867), Lisboa (293,916), followed by Muenchen airport in Germany (217,437), according to Eurostat.

The only international airport of Luxembourg is located at the village of Findel, some 6 kilometres away from the capital – the City of Luxembourg. Luxair, founded in 1962, offers the highest number of passenger destinations amongst the airlines operating at Luxembourg Airport. The company boasts one of the most modern fleets and also – one of the youngest in Europe, consisting of 19 aircrafts as of October 2019. The State of Luxembourg owns roughly three-quarters of the flag carrier airline of the Grand Duchy of Luxembourg.