The Prora hotel is almost 5km long, which makes it one of the longest buildings in the world 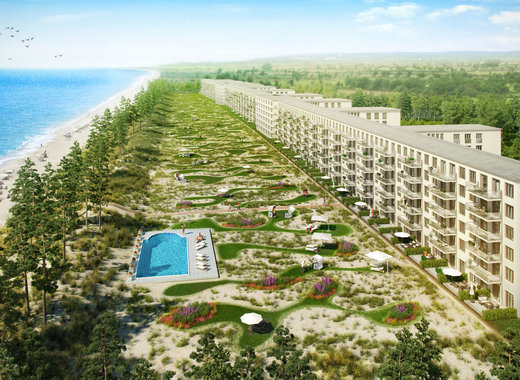 The Prora hotel near the German Baltic Sea resort of Binz was built by Adolf Hitler to hold up to 20 000 guests. Almost 5 km long, the hotel is the sixth longest building in the world. Construction lasted from 1936 to 1939, but was never completed because of the outbreak of WW2. Hitler designed the hotel for ordinary Germans under his “Strength through Joy” propaganda program.

It was left to decay for several decades until 2013, when German real-estate company Metropole Marketing bought the rights to refurbish Prora and build it up as luxury summer homes and a full-time apartment complex. Four of the five blocks which make up the 4.4-kilometre complex have already been bought by investors. Two other developers are vying to buy the fifth block.