M9 - the largest and most innovative multimedia museum in Italy, dedicated to the history of the 20th century

The route crosses 8 themes, from the territory to work, from technology to demography, from culture to politics 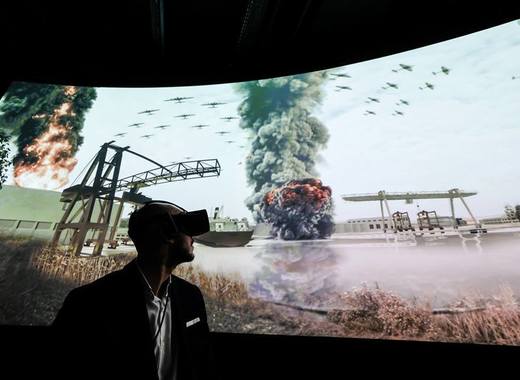 Located in the mainland district of Mestre, the aim of M9 is part of an urban regeneration project. Apart from the museum, the 10 000-square-metre Sauerbruch-Hutton-designed complex incorporates seven buildings, including a 16th-century ex-convent, an old factory and new builds. On the ground floor there is an innovative auditorium, the first in Europe with 200 Oculus Virtual Reality Headset. With this museum, visitors are invited to discover both the history and the modernity of the city.  Besides this, M9 could help bridge Venice’s disconnected districts, both physically and socially.

M9 is much more than a traditional museum. Entirely objectless, the digital museum recounts 20th-century Italian history through archival documents, images, data and footage displayed with interactive screens, holograms and VR goggles.Powered and heated by 276 solar panels and 63 geothermal pipes, it has been LEED (Leadership in Energy and Environmental Design) Gold certificated for its sustainability. As a ’follower’ in the EU-funded Smarter Together project, Venice implements ideas developed by ’lighthouses’ (Lyon, Vienna and Munich) in areas such as energy, data management and e-mobility to test their wider applicability. Venice was also nominated for the 2017 Smart City Innovator of the Year Award.