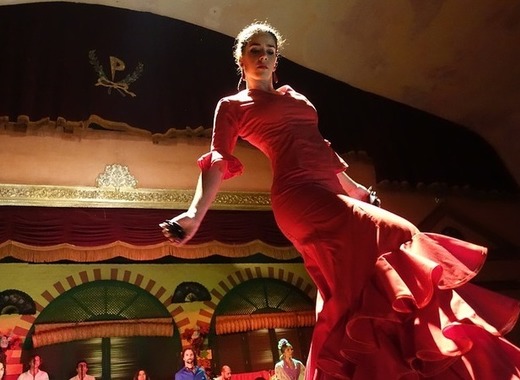 Andrea Levy, the Madrid Councillor of Culture, Tourism and Sports, advocated for the recognition of the flamenco tablaos of the city as cultural spaces of special relevance and general interest. As a result, the Madrid City Plenary took the decision, at its regular July session, to grant these establishments the label of designation.

Although flamenco has originated in the southern part of Spain, in the region of Andalusia, since the mid-20th century it has gained considerable footing in Madrid. So much so, that the Spanish capital is now also considered the world capital of flamenco.

The term ‘flamenco’ refers to the style of music and dance which are traditionally performed in establishments colloquially known as ‘tablaos’, from the Spanish word for floorboards. Popular both with locals and tourists, there are 21 such tablaos in Madrid.

Furthermore, nearly ten years ago, flamenco was recognized as one of the immaterial cultural treasures of the world. UNESCO included it in its Intangible Heritage List, which further helped cement the reputation of Madrid where the best flamenco artists live and perform.

By helping the flamenco industry, Madrid helps save its tourism

The imposition of anti-pandemic measures, however, combined with the drastic drop in tourism flows to the city has proved to be a lethal combination to the continued existence of the bars. In fact, five of the tablaos have already gone out of business, among them the legendary Café de Chinitas and Casa Patas.

“We cannot let the tapping and clacking of shoes, the strum of the guitar and the ecstasy of the dancers and the public become history. They must stay in the present and they must stay in the future,” said Councillor Levy. She is of the opinion that the flamenco bars are one of the distinctive features that make Madrid what it is and contribute to its global brand.

Receiving the label of ‘cultural spaces of special interest’ is important because it will allow the remaining tablaos to claim government aid in these pressing times. This news has already helped the oldest tablao in the city, Villa Rosa (since 1911), think about the future rather than shutting down.

Councillor Levy thinks the city of Madrid owes at least this much to the flamenco industry given that, according to certain estimates, it draws in a million visitors every year to enjoy its shows.