Madrid raises the stakes on how urban cleaning ought to be

The Valdebebas residential area will get a modern, fast and interactive cleaning service 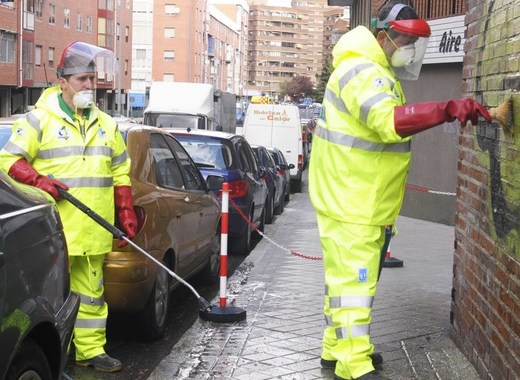 Starting from today, the Municipal Government of the Spanish capital is looking for proposals from contractors interested in delivering cleaning services on the streets and public areas in the north-eastern district of Valdebebas. The new contract comes with a budget of 3.5 million euros and is expected to last until February 2022.

Residents will be able to signal the service and receive feedback

Valdebebas, famous as the neighbourhood where training grounds of Real Madrid FC are located, is one of the newer districts of the city. The City Council has decided to push the envelope on the idea of what urban cleaning services should comprise of.

The contract is asking for personnel of 70 employees and 12 specialized vehicles, so the new contractor will be capable of delivering a multi-faceted product.

For one, citizens and road inspectors will be able to place signals if they chance upon a public area which is dire and urgent need of a clean-up. The service employees will be obliged to be at the scene within a two-hour window and begin resolving the issue.

To that end, street cleaners will use a system which shows them where there is available equipment for them to use. The GPS system will also indicate whether and how fast calls have been responded to.

Additionally, the smaller equipment and vehicles, such as sweeper trucks are required to be electrical or hybrid. This opens the possibility for the eventual introduction of larger electrical washer trucks.

Street sweeping trucks will utilize bicycle lanes when cleaning the larger streets. The new contractor will also be responsible for emptying the paper bins, incidental waste left in public areas and the removal of furniture and household items from the streets.

Cleaners in Valdebebas will also work in coordination with the waste removal services. Once trash and recycling bins have been emptied out, the washers must follow no more than an hour later to rinse the adjacent ground.

Graffiti removal will also be part of the new contractor’s competence. For that reason, cleaners will dispose of anti-graffiti and waterproof products which they can apply to surfaces to prevent spray painting and bad odour accumulation.