Maestro Ennio Morricone with concert in Parma on June 21st 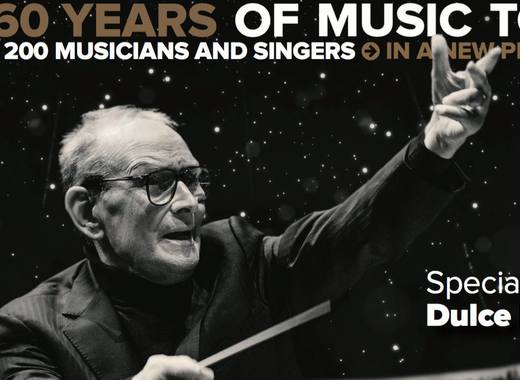 Concert of Ennio Morricone, part of “The 60 years of Music world tour” will also come to Parma, on June 21st, in the Cittadella park. The date will follow a few days the three concerts in Rome (16-17-18 June). The tour marks the 60th anniversary of the maestro as a composer and conductor and follows a series of European dates that have led Morricone to perform in front of about 400 thousand people in 30 cities.

The Parma concert, on the occasion of the Festival of Europe, is organized in collaboration with the Teatro Regio di Parma and the patronage of the Municipality. The space will be set up in the heart of the park with a seating area that can hold about 6 thousand people.