Recently Alain Juppé ended his decades-long run as mayor of Bordeaux, but throughout his life he has done much, much more for his citizens and his country 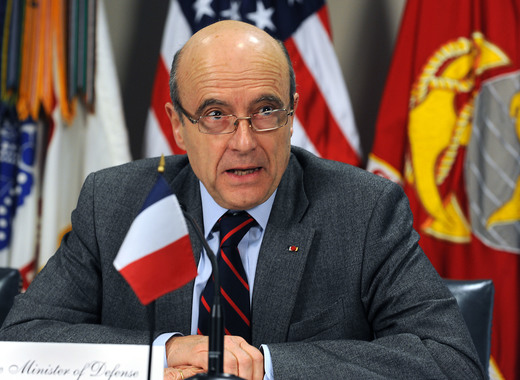 Alain Juppé has spent nearly 50 years in politics – in different ministerial capacities, as Prime Minister of France and is now a member of the country’s Constitutional Council – but the job he has shown the most devotion to has been his decades-long stint as mayor of the city of Bordeaux.

Who is Alain Juppé?

Alain Juppé was born on 15 August 1945 – just a couple of weeks before the end of World War 2, to a family, made up of Resistance fighters and other socially active members of society.

After completing his education in finance, Juppé quickly found his way into politics. And not just any kind of politics, but rather he began his political career in the halls of the Paris local government. There, he first met Jacques Chirac, who quickly became a mentor-like figure to young and impressionable Alain.

Over the years, Juppé has filled various ministerial positions in different governments and even became Prime Minister under Chirac’s presidency. He would also become mayor of Bordeaux – a position that he occupied up until just a few months ago.

In 2002, aided by France’s current Prime Minister Édouard Philippe, he created the Union of a Popular Movement, which would later become known as Les Républicans. In 2016 he announced he would fight for his party’s presidential nomination - but lost the primaries to François Fillon. After that, he returned to the job he appears to have loved the most – municipal politics and serving his constituents in the city of Bordeaux.

At the beginning of his political career, Juppé would go on to serve in various advisory capacities to the then-mayor of Paris. The two developed a bond that would allow them to work together over the 80s and 90s. After Chirac was made Prime Minister in 1986, Alain Juppé was chosen as his Minister of Finances – the first of many jobs he would hold in the French central government.

Alain Juppé was one of Jacques Chirac’s most fervent and devoted supporters – over the years he was tasked with watching his boss’s back and dealing with any kind of dissent within the party. Thanks to Juppé’s efforts many attempts at the centre-right taking a hard-right turn were quashed and replaced with more centrist agendas and policies.

For his years of dutiful service, Juppé was made Prime Minister of France after the election of Jacques Chirac for President in 1995 In the same year he also began his first term as mayor of Bordeaux. Yet his reward turned out to be rotten to the core. In his attempt to drive reform in the country’s welfare system, Juppé quickly went on to become one of the most unpopular politicians in the country’s modern political history.

He was forced out of government following his party’s defeat in the 1997 snap election but would otherwise remain active in the shadows of the political scene. He actively campaigned for the unification of the French right behind a single person and candidate – in this case behind Jacque Chirac. His lobbying efforts ultimately resulted in the creation of the Union for a Popular Movement – the party that later became known as Les Républicans – one of the pillars of French politics.

During those years Alain Juppé became a master in the art of compromise. However, he was not only a practitioner but also a preacher. He adamantly defended the centrist ground from radical attacks and was a believer in the concept of bringing different political views together. While the most notable example of his achievements is the creation of the Union for a Popular Movement, his conciliatory tone and demeanour would go on to shape many French policies – including the country’s agreement to the Maastricht Treaty that was widely disliked by Alain Juppé’s own party base at the time.

Yet, Juppé’s political career wasn’t all roses and sunshine. In 2004 he was convicted for abuse of public funds and received an 18-month suspended jail sentence. Furthermore, he was barred from running for public office for 10 years – a sentence that was later reduced to just 1.

He was forced to resign from his position in the municipality of Bordeaux, much to his own and his constituents’ dismay.

It all appeared to quickly have been forgiven by locals, however – just a couple of years ago, Juppé jumped at the first opportunity to get back to serving the city’s community. In the 2006 local elections, Alain Juppé managed to win 56.2% of the vote – a clear sign that citizens were eager to have their old mayor back.

And who can blame them? Over his tenure, Alain Juppé completely transformed the city, turning it into one of France’s most important urban areas. During his mayoralty, Bordeaux quickly rose through the rankings of most livable cities and was voted as one of the best places to work in France in 2014. Furthermore, Juppé managed to successfully combine environmental concerns with increasing economic activity. A tramway linking the city to Paris was established which significantly boosted Bordeaux’s economic outlook, while at the same time creating conditions for reduced use of private cars. Not only that, but Bordeaux was also named France’s best city for bio-diversity in 2014.

His actions during his many mandates earned him the love of citizens as well as their gratitude. Bordeaux became a vital economic centre of southwestern France that delivered on the expectations of those living within it. For his commitment and for his success, Alain Juppé was also named Best Mayor in France for 2015 by L'Express.

Shedding the past and looking towards the future

In March 2019 Alain Juppe announced he is stepping down from his post as mayor of the city of Bordeaux. It was a time for something brand new – he became a member of France’s Constitutional Council – the country’s highest constitutional authority.

Over the last few years, since his attempts to secure the presidential nomination for the 2017 elections, Alain Juppé resumed his role of being an agent of compromise. He has at numerous times declared his dislike for the worsening political discourse in the country, the rise of the political fringes and the retreat of the centre-ground.

His attempts at forging strong centrist bonds appeared to have paid off – his one-time protégé, Édouard Philippe, former mayor of Le Havre and another one of our Major Mayors, is currently serving as the country’s Prime Minister and has taken up the formidable and unenviable task of yet again attempting to reinvigorate and reinvent France’s welfare system – the very thing that toppled Alain Juppé himself in the 1990s.

Will one Mayor succeed where the other has failed? Only time will tell – but one thing’s for certain, Alain Juppé’s footprint on French politics will be seen for generations to come.