Major Tallinn landmarks to be renovated 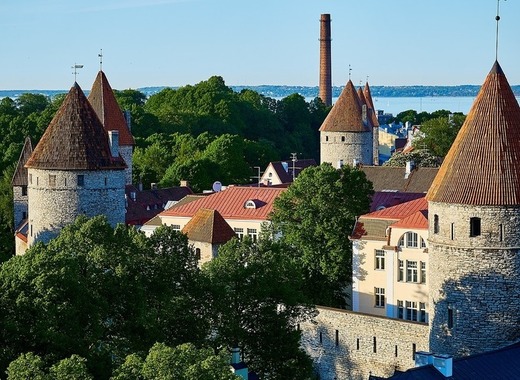 The government of Estonia has earmarked 85 million euros for the renovation of the National Broadcasting Complex and the National Library in Tallinn with 22 million going to the former and the rest to the latter.

The broadcasting centre will be rebuilt from the ground up and will be transformed into a state-of-the-art complex which will be able to support Estonian culture and language. According to the Ministry of Culture, a good material base and support are needed for the Estonian language in media to survive in the times when English broadcasts are the go-to entertainment for young Estonians. Thanks to the new Broadcasting Complex, the Estonian public TV will be able to improve its programme and be a pillar of support for Estonian language and culture. Work on the new building is scheduled to conclude by 2023, while the old one will be sold off at an auction by authorities.

The Estonian National Library will also be receiving a major upgrade. The building is over a century old and has been practically begging for a makeover. Over the years it has grown more and more inefficient thus hindering its ability to preserve and protect Estonian national heritage. Once renovations of the Library are complete not only will the building improve its energy and space efficiency, but it will also be hosting the Tallinn National Archives, thus cementing its spot as a national bastion of knowledge.