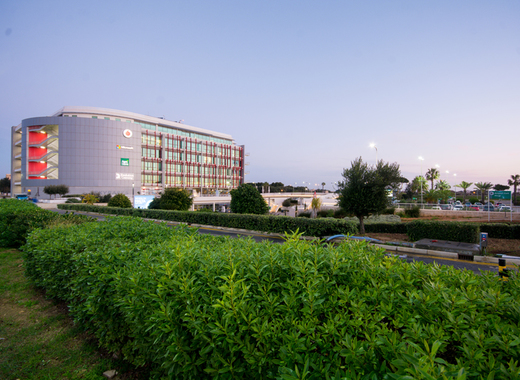 Delayed flights, long gate lines, security striptease routine involving shoes and belts, not to mention smartphone and laptop scans – we all know how nerve-wracking it may be. What is especially bad for budget travelers is that water bottles are not allowed through security. Also, under current rules, liquids in hand luggage must include only toiletries or medicine in containers not exceeding 100ml and they must be placed in a separate, transparent plastic bag.

The ban has been in effect since 2006, following the foiled plot of radical Islamist Abdulla Ahmed Ali to bomb seven planes flying out of London with liquid explosives hidden in soft drinks bottles.

As early as next year, however, security queues with all the associated stress can become less of an issue when new 3D scanners are introduced. The new technology will allow passengers to keep liquids and laptops in their hand baggage.

Malta International Airport has joined the race by investing around €2.5 million in computer tomography (CT) technology for the screening of hold luggage. The airport authority is currently in the process of installing the first CT scanning machine.

No secrets for CT scanners

What makes CT scanners, used in hospitals, so effective is that they produce more detailed images than current airport scanners.  This will allow security staff to assess more accurately the content of cabin bags with electronic devices and liquids inside.

The improved technology is expected to lead to a relaxation of current rules, meaning shorter queuing times as well as reduced plastic waste. It may also spell the end to the liquids ban altogether, but this would require the scanners to be installed at ALL airports, a costly procedure which could take several years.

The CT technology is already utilized in some airports in Europe and the US – including Heathrow in London, Schiphol in Amsterdam and JFK in New York.

“This technology will help the airport continue to deliver upon its promise of providing each and every guest with a safe and secure experience, while being compliant with the provisions of the European Commission regulation governing civil aviation security,” Lorna Refalo, Malta International Airport’s communications executive, told the Times of Malta.

These provisions stipulate that, by 2020, every European airport should adopt more advanced hold baggage screening capabilities, CT scanning technology being among them.

MIA is still analysing how computer tomography is performing in airports with the aim of integrating the CT screening technology into a wider system.

This analysis forms part of the company’s feasibility studies for its ambitious terminal expansion project, which is currently in its draft phase. The expansion project will see the terminal occupy a larger footprint, which will furnish the airport with more circulation space and increased space for the introduction of additional check-in desks and more gates.

Over the last two years traffic through Malta International Airport has increased by 1 million movements. This December the airport welcomed its seven millionth passenger, reaching a new traffic milestone.