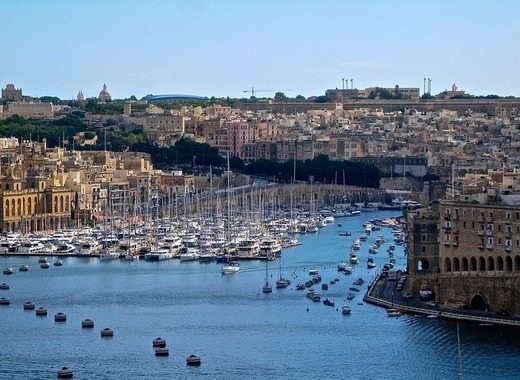 One of the most disturbing facts in recent years is that drinking water makes a very small fraction of the total water quantity on Earth. What is more, due to global warming and climate change, more and more countries will experience serious shortages of drinking water. It is especially true for the southern regions, including one of the smallest EU member states – Malta.

Ат the beginning of 2018, in the Spanish region of Murcia, the  AQUARES project was introduced. It is an international initiative co-financed by the EU with the participation of 9 EU countries and 10 organizations. The main objective of the project is to brainstorm and find the best strategies for water reuse in the participant-countries and to raise awareness in public authorities and citizens alike.

Malta, as a typical southern country, has numerous problems in terms of climate change and global warming. However, the issue of water scarcity is also growing. Back in 2018, Malta Today quoted hydrologist Marco Cremona as saying that treated sewage water can be reused via an innovative membrane. It can be used in hotels, for example, to treat water from showers and reuse it as drinking water. This technology has not found its application yet since it was rejected by the Food Safety Commission. Yet, the participation in AQUARES gives hope that the Maltese government is engaged in the problem.

At the beginning of 2019, the public authorities organized a meeting for raising awareness and informing the public on the project and its objectives. The main idea behind the Maltese involvement in the project is also to explain to the people how to use water resources efficiently and sustainably. The authorities are also working towards the creation of different policy tools for water management, eco-innovation and sustainable use of water in agriculture, different industries, urban and recreational areas.

The participants in this project can easily be the ones to lead the way into new technological advancements in the field of water policies and create a basis for other countries – within and outside of Europe, to follow suit.