Malta rings in 2020 with fireworks, 3D projections and music

Alternative musicians will stage a protest concert this Sunday 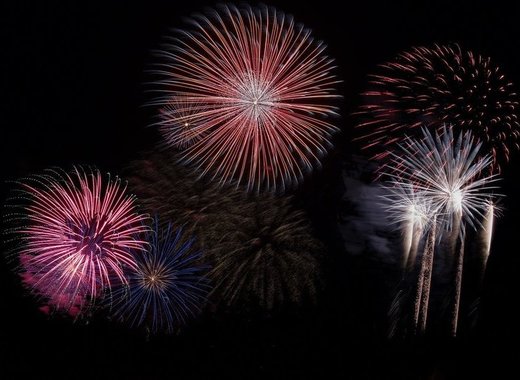 Malta has put anti-corruption protests on hold for the Christmas holidays, welcoming 2020 with fireworks, 3D displays and music.

Around 70,000 people celebrated the turn of the year in the capital city of Valletta to music from artists the Travellers, Kevin Paul, Gaia Cauchi and Kurt Calleja, Times of Malta attested. The Presidential Palace turned into a tapestry embroidered with a series of 3D projections and revellers counted down the new year buoyed up by a spectacular fireworks display.

Apart from the noise of exploding fireworks and popping champagne corks the celebrations had a peaceful ring. Local police reported that not a single motorist was caught driving under the influence on New Year’s Eve.

PM Joseph Muscat urges Malta to “get back on track”

Striking a note of reconciliation, embattled Prime Minister Joseph Muscat said in his New Year’s Day greetings  that he has paid "the highest possible price" for the murder of journalist Daphne Caruana Galizia, as the case, which led to the  conviction of prominent businessman Yorgen Fenech, has cost him his post.

Thousands of people have attended protests in the capital city over the last month calling for the immediate resignation of the Prime Minister. Joseph Muscat has responded that he will step down in January following the election of a new Labour Party leader.

In his recorded message to the nation, the outgoing Prime Minister acknowledged that the country “now needs to get back on track”. In 2020, the government will not backtrack on its social agenda and will proceed with the implementation of social housing projects, among other things, he said. Malta will also continue to invest in emerging technologies that will generate more jobs, added Dr Muscat.

Meanwhile, some of Malta’s best known indie musicians have announced that they will be playing at a protest concert as part of the latest anti-corruption demonstration scheduled for this Sunday. The line up includes Brikkuni, Beangrowers, il-Lapes and Cikku l-Poplu. The concert - the first music event linked to the protests - is due to take place in Valletta on January 5 at 4.30pm.