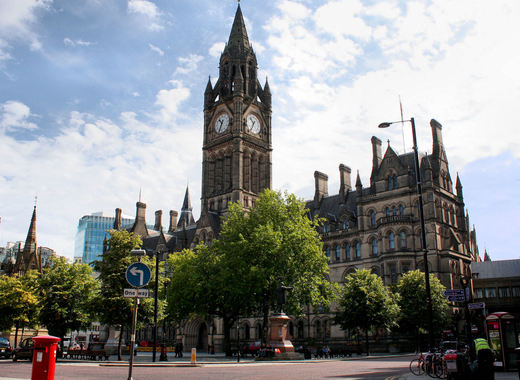 With citizens across the United Kingdom confined to their homes, many of them have suddenly found themselves at an impasse – brave the outside world and risk infection in order to buy goods and food or remain at home until aid arrives.

Thanks to the Manchester City Council, the second option has suddenly become for more palatable as local authorities have undertaken the task of ensuring food deliveries across the city.

Local authorities in the city of Manchester have been working alongside several businesses and organisations in order to ensure safe and smooth deliveries of food and goods to those that need them the most.

City Council staff has already been reassigned in order to keep track of the complex logistical network that encompasses vans, drivers, phone operators, restaurants, food banks and other organisations that keeps more than 1000 deliveries each day going and successfully reaching their destinations.

Sir Richard Leese, Leader of Manchester City Council, stated that “The effort of both the public and private sectors coming together to get food to those who need it most is remarkable. It shows what we can achieve when we all pull in the same direction and work as a team. Thousands of support packs have already been delivered and that is thanks to Council staff, charities, volunteers and the city’s business community doing what they must to help tackle the outbreak. A huge debt of thanks is owed to all of them.”

Yet with the crisis showing no signs of abating new problems are already on the horizon. Many charities are already running low on stock and the City Council is asking all businesses in the city that are currently in possession of excess stock to consider donating it so that the local government can cope and be able to take care of every one of its constituents.