Manchester City Council ranked among best employers in the UK 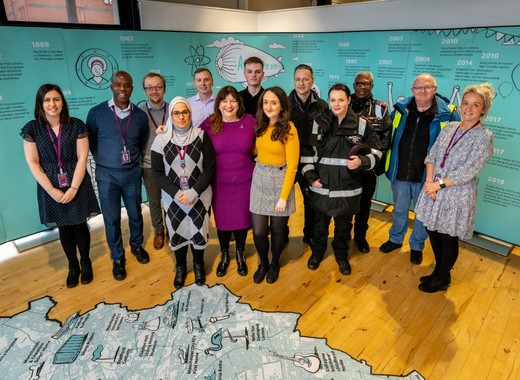 The Manchester City Council was included in The Sunday Times’ prestigious list of the United Kingdom’s 100 best not-for-profit organisations to work for, published last week. The local government of Manchester placed 98th and is the only City Council to be included in this year’s ranking.

This is the first time that the Manchester City Council has made it onto the prestigious ranking. The local government’s success is a testament to their efforts in improving workplace morale and conditions.

For example, the Manchester City Council recently managed to earn its accreditation as a National Living Wage Employer and has also been increasingly assertive in its negotiations with contractors in an effort to have them pay their own employees a fair wage.

The City Council is one of the main drivers for change in Manchester and its placement in the top rankings showcases the dedication of municipal employees to its citizens. Furthermore, it also serves as an example for other businesses in the urban area. It is also an excellent step forward in the local government’s efforts to be considered the best local authority not only in the United Kingdom but the entire world.

Upon receiving the award, Councillor Carl Ollerhead, Executive Member for Finance and Human Resources at the Manchester City Council stated that “As a council, we will never be complacent and will work every day to improve our services and how we deliver them. But, this achievement is something that we can all be deeply proud of. This is not a chance occurrence, but the result of years of hard work, reflection and growth as a local authority. We are confident that if we remain a positive and engaging organisation to work for, that will only benefit the services we provide, and the residents and businesses we serve.”