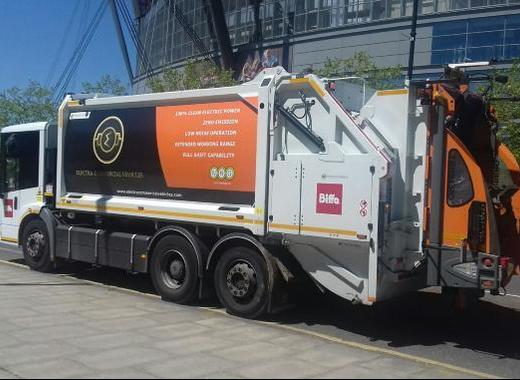 In a step towards achieving its ever-expanding climate ambitions, the city of Manchester has declared that it will be replacing nearly half of its waste collection fleet with zero-emission electric vehicles.

The decision was reached after the City Council and Biffa, the contractor responsible for waste management in the city, concluded an agreement for the funding of a purchase of 27 new electric refuse collection vehicles (also knowns as e-RCVs). They will replace their diesel-powered predecessors that have now reached the end of their recommended lifespan.

A leap towards climate targets

The change is a substantial step towards Manchester achieving its objective of becoming zero-carbon by 2038. According to authorities, the switch to these electric vehicles will save some 900 tonnes of emissions each year, driving the City Council’s annual emissions down by 4%.

The project carries a price tag of nearly 10 million pounds. Diesel-powered vehicles for the same purpose would have cost the city marginally less, but the cost, according to authorities would quickly be offset in environmental gains, energy savings and grants.

Councillor Angeliki Stogia, Executive Member for Environment, stated that "This major investment in new electric bin lorries is a great example of the council's commitment to playing its full part in tackling climate change and will also contribute to better air quality.

We've seen during the coronavirus lockdown how less pollution and better air quality benefits everyone. Climate change is an urgent challenge which we are getting on with addressing."

The purchased vehicles will arrive and begin operating on the streets of Manchester in the autumn with authorities being adamant that the only change citizens will see in terms of the quality of the service is that the e-RCVs are not only cleaner, but also quieter.