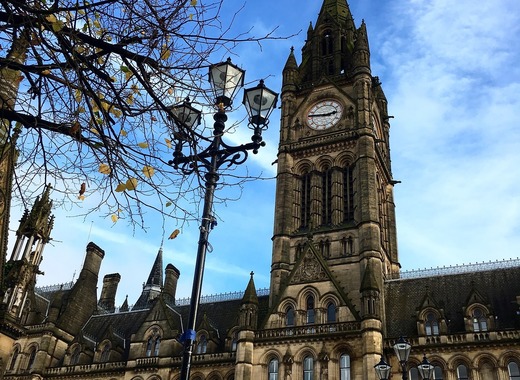 Manchester City Council is eager to play a leading role in the city’s fight against climate change. That is why it recently presented a framework for the local government’s approach to climate change and has outlined its goals when it comes to achieving its climate ambitions. Furthermore, authorities have also back an action plan that would see greenhouse gas emissions halved over the course of the next five years.

Green ambitions back by public actions

The Manchester City Council has set for itself an overly ambitious task – namely, the local government is committed to having the city become zero carbon by 2038. To that end, authorities want to quickly begin slashing greenhouse gas emissions across the urban area by any means necessary.

In order for the government to achieve its goal for carbon neutrality, it has to successfully halve all greenhouse gas emissions by 2025. Its approach is outlined in the recently adopted action plan and features the following measures:

Councillor Angeliki Stogia, Executive Member for Environment, stated that “The next five years will be critical if we are to avoid the catastrophic impacts of climate change and this action plan sets out how we will play our full part in tackling the challenge of our lifetime. Taken together with the citywide climate change framework, it represents a practical and urgent response to this pressing challenge. It also recognises that there are real opportunities too - to do things.”

The council will finance its initiative with over 15 million pounds that will go towards refurbishments and upgrades of buildings and the local public transport network. By working together with individual citizens and private businesses, the local government believes that they will be able to successfully achieve carbon-neutrality by 2038.